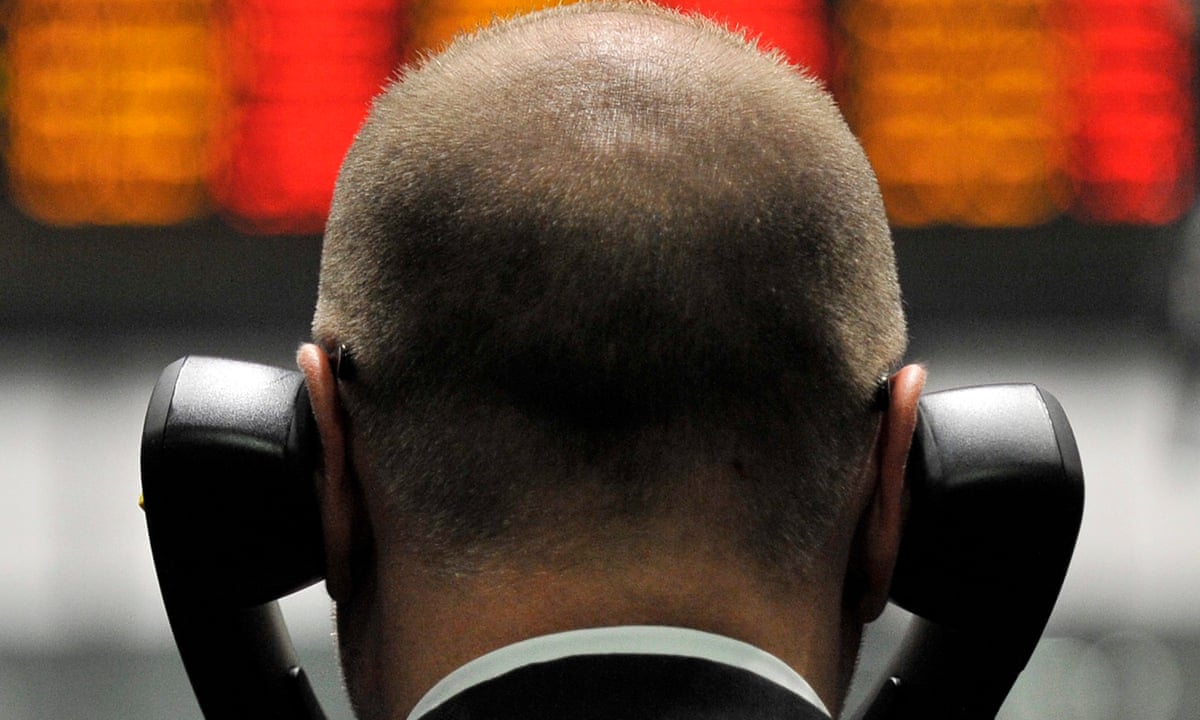 Investors face a cataclysmic year where stock markets could fall by up to 20% and oil could slump to $16 (11) a barrel, economists at the Royal Bank of Scotland have warned.

In a note to its clients the bank said: Sell everything except high quality bonds. This is about return of capital, not return on capital. In a crowded hall, exit doors are small. It said the current situation was reminiscent of 2008, when the collapse of the Lehman Brothers investment bank led to the global financial crisis. This time China could be the crisis point.

Stock markets have already come under severe pressure in 2016, with the FTSE 100 down more than 5% in its worst start since 2000. In the US, the Dow Jones industrial average has made its poorest ever start to a year.

Oil prices have also fallen sharply on fears of lower demand and a supply glut, especially with Iran due to start exporting once more when sanctions are lifted. Tensions between Iran and Saudia Arabia make it less likely that Opec can agree to cut production to halt the slide in prices. Brent crude is down another 1% at $31.18, its lowest level since April 2004.

Investors have been spooked by fears of a severe slowdown in the Chinese economy and a fall in the value of the yuan, not helped by a crash in the countrys stock market despite attempts by the countrys authorities to curtail selling.

Andrew Roberts, RBSs credit chief, said: China has set off a major correction and it is going to snowball. Equities and credit have become very dangerous, and we have hardly even begun to retrace the Goldilocks love-in of the last two years.

Markets have been supported for some time by low interest rates, stimulus measures from central banks including quantitative easing, and hopes of economic recovery. But with the Federal Reserve raising rates and the Bank of England expected to follow suit, that prop is being removed.

Roberts said European and US markets could fall by 10% to 20%, with the FTSE 100 particularly at risk due to the predominance of commodity companies in the UK index. London is vulnerable to a negative shock. All these people who are long [buyers of] oil and mining companies thinking that the dividends are safe are going to discover that theyre not at all safe.

We suspect 2016 will be characterised by more focus on how the exiting occurs of positions in the three main asset classes that benefited from quantitative easing: 1) emerging markets, 2) credit, 3) equities Risks are high.

RBS is not the only negative voice at the moment. Analysts at JP Morgan have advised clients to sell stocks on any bounce.

Morgan Stanley has said oil could fall to $20 a barrel, while Standard Chartered has predicted an even bigger slide, to as low as $10. Standard said: Given that no fundamental relationship is currently driving the oil market towards any equilibrium, prices are being moved almost entirely by financial flows caused by fluctuations in other asset prices, including the US dollar and equity markets.

We think prices could fall as low as $10 a barrel before most of the money managers in the market conceded that matters had gone too far.

Cupertino, California – Apple Inc was victorious in a court ruling that could pressure Samsung Electronics Co. to end the use of several features in the company’s older model Galaxy tablets and smartphones and provides the iPhone creator a benefit in the dispute that lasted for four years. A U.S. appeals court stated that Apple […]

Posted on October 7, 2016 Author Will Robins

Sure walking is healthy, but sometimes you need to look cool and stand out from the crowd as you move around. Here is a list of really cool gadgets or means of transportation that you can use to get around, or even use to ride around the house, since some of them are quite compact. […]

How Workplace gamification has become a thing in Silicon Valley

Games are probably as popular as history itself. So, it makes sense that the gamification of modern workplaces has become so prevalent these days. Tech startups in Silicon Valley are credited with making gamification a popular concept, paving the way for the gamification revolution that has impacted contemporary business operations as we know them. Part […]