Since the launch of the DB11 in 2016, Aston Martin has been steadily rolling out new product after new product, a trend that shows no sign of ebbing. Here are four new Astons that are coming over the next two years.

Tuning divisions such as Mercedes-AMG, BMW M, and Audi Sport are big business, so it came as little surprise when Aston Martin announced it was getting into the game with its new AMR (Aston Martin Racing) subbrand. AMR started with the Rapide AMR, which got a 40-hp bump and a 210-mph top speed. The latest addition is the DB11 AMR, which gets a 30-hp increase and a torque peak that runs right to the redline, shortening the 0-60 run by 0.2 second (down to 3.5) and increasing top speed to 208 mph. Contributor Mike Whiteley just got done driving a DB11 AMR Signature Edition and had this to say: “The DB11 AMR is smooth and feels at home chewing through mileage on the autobahn, but with the flick of a switch, it can demolish back roads with some tail-out action if you see fit.” Aston Martin even has a track-only AMR Pro version of the Valkyrie in the works, reportedly with 1,300 horsepower. 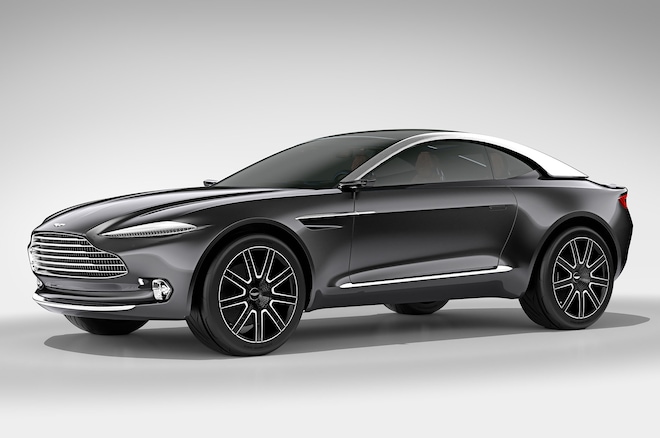 Aston Martin has earned praise during the past year or so thanks to new, modern models, and its expanding vehicle lineup is set to get better.
2020 Aston Martin DBX

Aston’s first foray into the world of SUVs will look a lot like the DBX concept car, with one notable exception: rear doors. With them will come a boxier roofline to create acceptable rear headroom. The DBX will be related mechanically to the DB11, and we expect it to share that car’s 503-hp twin-turbo V-8 and 600-hp twin-turbo V-12, with a potential electric version to follow.

Additionally, Aston’s relaunched Lagonda subbrand will get down to business with volume production models, the first being a battery-powered SUV, allegedly with a 400-mile range and advanced autonomous tech. The Lagonda Vision concept (below), which debuted at the 2018 Geneva show, gives us some idea of Lagonda’s styling direction. 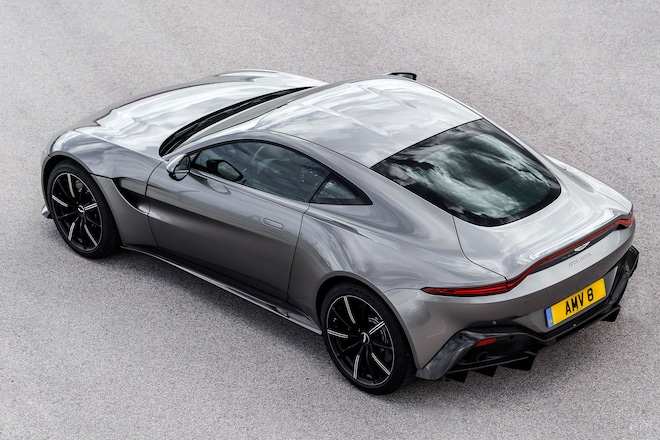 Ah, the smaller, angrier Aston, our July 2018 cover star. Light and agile with gearing that favors acceleration, the Vantage is a super sports car, not a grand tourer. It shares its AMG-sourced 503-hp 4.0-liter twin-turbo V-8 with the DB11 V8, plus the eight-speed auto and some suspension bits, but the Vantage has a distinctive driver-focused demeanor. It’s the most affordable Aston, but don’t let the price fool you. As our Basem Wasef summed up during his first drive: “If the grand touring-oriented DB11 was the company’s initial attempt at redefinition, the V8 Vantage serves as one hell of a launch for Aston Martin’s driver-focused second act.” 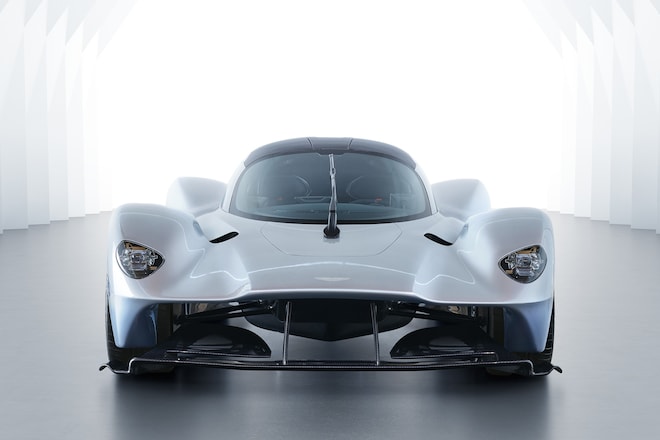 This is Aston Martin’s new hypercar, and hyper is indeed the best way to describe it. Forget about traditional Aston styling; the Valkyrie is all about aerodynamics and downforce, and the interior is so minimalistic that it makes the Tesla Model 3 look like a 1975 Eldorado. A mid-mounted 6.5-liter V-12 combines with a hybrid system to deliver some 1,130 horsepower to the rear wheels. Extensive use of carbon fiber and titanium is expected to keep the curb weight to just more than a ton. All 150 examples are already spoken for at a price of roughly $3.2 million—yes, you read that right. For the slightly less well-heeled, Aston has announced plans to produce another mid-engine car designed to compete against the McLaren 720S, Lamborghini Huracán, and Ferrari 488. We don’t have many details, but we wouldn’t be surprised to see a tuned version of the same Mercedes-AMG-sourced twin-turbo V-8 found in other Aston Martin models behind the driver, a price just north of the DB11, and a 2020 arrival.

Expand the Student Experience with Immersive Video-Wall Programs eli.zimmerman_9856 Fri, 08/10/2018 – 14:36 On an increasing number of university campuses, video-wall technology is helping administrators find new, exciting ways to connect with students. After the University of Idaho installed nine 55-inch thin-bezel LG displays, professors found that students were much more engaged during lectures. “The […]

You can now sport Kylie Jenner-approved lips! The youngest of the Kardashian-Jenner family, who recently graced the cover of Forbes, just launched her own custom face filter on Instagram. Starting Tuesday, Instagram users who follow Jenner can swipe over to their live camera and see what they look like with a Kylie Cosmetics lipstick. The […]