The incredible story of Elon Musk, from getting bullied in school to the most interesting man in tech

What Can’t Elon Musk do?

As CEO of SpaceX and Tesla, founder of The Boring Company, and co-founder of OpenAI, Musk seems to be everywhere all at once, pushing all kinds of incredible new technologies. He’s said he won’t be happy until we’ve escaped Earth and colonized Mars.

Between space rockets, electric cars, solar batteries, research into killer robots, and the billions he’s made along the way, Musk is basically a real-life Tony Stark — which is why he served as an inspiration for “Iron Man.”

But it wasn’t always easy for Musk. Here’s how he went from getting bullied in school to a small-time entrepreneur to CEO of two major companies that seem like they’re straight out of science fiction — and how he almost went broke along the way.

This is an update to an article originally published in August 2016. “Where a lot of people would go to a great party and have a great time and drink and talk about all sorts of things like rugby or sport, you would find Elon had found the person’s library and was going through their books,” Musk’s dad, electronics engineer Errol Musk, said.

Musk’s mother is a professional dietitian and model. Maye Musk, a Canadian national, has appeared on boxes of Special K cereal and the cover of Time magazine.

How I became an entrepreneur at 66 | Paul Tasner

It’s never too late to reinvent yourself. Take it from Paul Tasner — after working continuously for other people for 40 years, he founded his own start-up at age 66, pairing his idea for a business with his experience and passion. And he’s not alone. As he shares in this short, funny and inspirational talk, seniors are increasingly indulging their entrepreneurial instincts — and seeing great success. Barbie Unveils 17 New Dolls Based On Inspiring Women Like Frida Kahlo And Chloe Kim, And We Want Them All

Barbie dolls have been introducing girls to beauty and fashion trends for 58 years, but recently the company decided to switch things up. To better understand what the current society needs, Barbie surveyed 8,000 mothers. It found out that 86% of them are worried about what kind of role models their daughters are exposed to, so the company created 17 dolls of real and inspiring women.

“Girls have always been able to play out different roles and careers with Barbie and we are thrilled to shine a light on real-life role models to remind them that they can be anything,” senior vice president and general manager of Barbie, Lisa McKnight, said in a news release.

Each “Inspiring Women” doll comes with educational information about the way each woman shaped society. The lineup consists of both historical and modern-day figures. Amelia Earhart, the first female to fly across the Atlantic Ocean and Frida Kahlo, the acclaimed Mexican artist and activist, are among them. Although the series has only three dolls so far, the lineup is set to grow with the release of new ones, a spokeswoman for Mattel said.

Barbie surveyed 8,000 mothers and found out that 86% of them are worried about what kind of role models their daughters are exposed to In response, the company has released a series of empowering women dolls from both the past and present Some people applauded the new dolls While others thought they shouldn’t exist in the first place What do you think?

Secret To SaaS Success: Recognize That You’re Not Selling Software

I’ve been working in the software industry for over 25 years. Pretty much my entire professional career (if you don’t count that stint as a night clerk at Red Roof Inn).

Back in the late 1900s, when you sold software, you sold software. What your company produced was a large set of properly aligned bits (software). You then got those bits to your customers somehow (floppy disk, DVD, FTP, whatever). And, then those customers installed those bits on a computer of their choosing and if all went well, they’d get some value out of it. But, that wouldn’t always happen. Often, they’d fail to ever install it and get it working. Or fail to learn it. Or fail to use it properly. Basically fail to get the value expected — or the value promised, or sometimes any value. Ironically, the higher the purchase price was, the lower the chances of seeing success. History is replete with multi-million dollar software purchases that never saw the light of day. As an entrepreneur, this pains me. Most start software companies to make money, they start companies to solve problems. 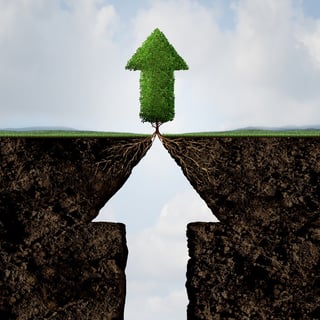 Now, fast-forward to today. It’s 2017. Many software companies are now Software as a Service (SaaS) companies. What they produce is the same as before: A large set of properly aligned bits (software). Only now, instead of shipping those bits off to the customer somehow, they “host” those bits on the customers behalf and off the benefit of that software as a service.

Now, naive folks that are new to SaaS often make the mistake of thinking they’re still selling software. They’re not. Because…

SaaS = Success as a Service

If you’re in the SaaS business, the only way to survive in the long-term is not to just deliver software. It’s to deliver success. You have to actually deliver the benefit that the software is promised to provide. And, if the customer fails to get that benefit then you have failed. Do not pass GO, do not collect $200.

The reason for this new bar is relatively straight-forward. Back in the old days, you got paid for your software upfront and though you wanted your customer to succeed, and maybe even labored to help them succeed, if they didn’t succeed, well, such was life and you moved on. Today, if the customer doesn’t succeed, they cancel. In a month, in a quarter, in a year — but eventually, they cancel. And, more likely than not, if they cancel, you’ve lost money. The math won’t work.

So, to survive and thrive in the long-term, you can’t sell software, or even access to software, you have to sell — and deliver — success.

Let me give you a concrete example and some lessons learned from my company, HubSpot, which provides marketing/sales software. HubSpot is a textbook SaaS company. We’re about 10 years old, and we’re now public [NYSE:HUBS].

Here’s what we invest in (because it works):

1. Onboarding. If you help customers get started with your product, they are more likely to do so. Ideally, your software is so simple and intuitive and easy that customers just get up and running and succeed on their own. But, if you have a relatively broad or sophisticated product, customers will often need help. In those cases, onboarding works.

2. Education. HubSpot has HubSpot Academy, which is a team that helps educate people on inbound marketing. Interestingly, they don’t just invest in HubSpot customers, they educate the broader marketing industry.

3. Community. HubSpot hosts inbound.org, an online community built for marketers. It allows them to find the best content (curated by the community itself), discuss topics of interest, post jobs and find jobs. It acts as the premier professional network for marketers. The community has over 200,000 members now.

So, why does HubSpot spend millions of dollars educating and supporting marketers? It’s simple. because we’ve realized that our success depends on the success of our customers.

We’ve learned and accepted that we’re building a “Success as a Service” company.

How to Find Your Customers’ Pain Points

People don’t buy a product or service just because it’s cheap or has flashy features. While these reasons might contribute to their purchase decision, they ultimately purchase a product because it solves a problem. Don’t have time to eat an expensive sit-down meal? Grab food at McDonald’s. Can’t take high quality photos on your iPhone? […]

David Ripert   David Ripert has left a comfortable job heading up YouTube Spaces at Google to launch his own augmented-reality marketplace startup, Poplar. It was a big decision to leave a corporate job to run a startup, and Ripert has bucked the clichéd image of the super-young founder by launching Poplar just before turning […]

Salesforce and Mulesoft Acquisition Is Crazy For 2018 M&A

Yesterday, Salesforce announced it will acquire Mulesoft for $6.5 billion dollars. That is a heck of a lot of money! Who Is Mulesoft? What Do They Do? Mulesoft is a data connector. This awesome page showcase what they do exactly: https://www.mulesoft.com/what-we-do. As a data connector they make various application push and pull data back and […]

0 Replies to “Entrepreneur Moments: 3 Of The Hottest Stories Today! {Elon Musk To Barbies}”