Pop culture history can be a little light on the “history” part. It’s understandable. A juicy story about some celebrity’s stupid diet or the latest obnoxious fad will always trump boring ol’ “accuracy and truth.” But if you revisit the “official” versions of a few of these cultural milestones, you might find a few very big parts of the story missing. Like …

In 1992, Bill Clinton was facing an uphill battle against incumbent President George H. W. Bush for the highest office in the land. Bush may have been leader of the free world, but nobody ever accused him of being “cool.” That’s a weakness Clinton soon capitalized on, donning a pair of Ray-Bans and playing the saxophone on The Arsenio Hall Show. It was ridiculous, it was entirely out of character for a serious politician, and it totally worked. 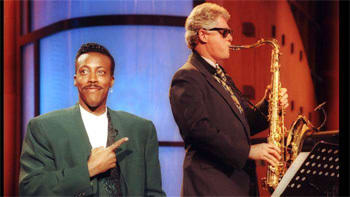 The saxophone stunt wasn’t merely a ploy to make Clinton seem hip and accessible. It was that, but more importantly, it was an attempt to distract voters from a sex scandal that he was embroiled in. This would become somewhat of a running theme in his career. Years before Monica Lewinsky, there was Gennifer Flowers, who went to the press during Clinton’s campaign to claim that he’d been having an affair with her. This, of course, was back in the days when accusations of infidelity and sexual impropriety could cost you a presidential bid. 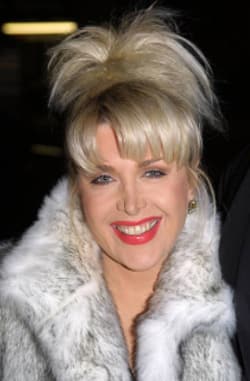 In response, one of Clinton’s campaign advisors, Mandy Grunwald, suggested a radical new strategy, in which the 46-year-old Arkansas governor would be presented as a hip young dude, while also using the national platform to dismiss Flowers’ accusations. Grunwald’s pop culture bombardment technique landed Clinton the cover of several gossip magazines, as well as Nightline, Phil Donahue, Don Imus, and a pretty solid Simpsons gag. And the night on Hall’s show would have been another run-of-the-mill talk show interview had Grunwald not been there. At the last minute, before Clinton went on the air, his advisors made him change his tie, handed him a pair of Ray-Ban sunglasses and a sax, and told him to break America’s heart — but in a good way this time.

After Clinton’s swingin’ late-night rendition of “Heartbreak Hotel,” America instantly forgot about the Flowers scandal. Hall went on to say, “It’s good to see a Democrat blowing something other than the election.” That … wait, was Arsenio actually funny? That’s the biggest bombshell yet.

1974’s “Rumble in the Jungle” was a boxing match between Muhammad Ali and future grill magnate George Foreman. It’s generally regarded to be the most iconic sporting event of all time. Ali’s victory by knockout over Foreman was the spectacular comeback he needed after his prior suspension from boxing due to objections over the Vietnam War. 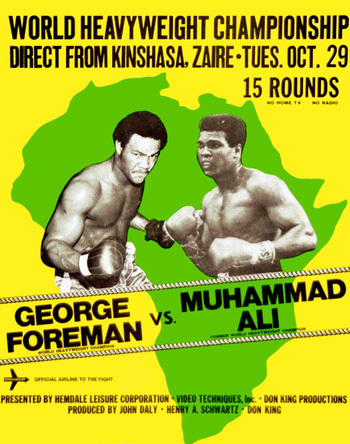 Hemdale Leisure Corporation
“Hmmm, what can make them forget Vietnam? Got it! The jungle!”

The whole thing was an expensive scheme by a megalomaniac African dictator to consolidate power. The reason it was named the “Rumble in the Jungle” is that it took place in the Congo, or “Zaire,” as it was called at the time. 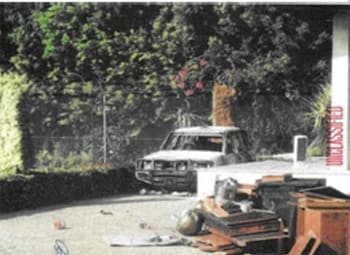 State Department
Like when Gaddafi hosted those concerts, Party in Benghazi.

President Mobutu Sese Seko seized power in 1965, and decided the best way to legitimize a hostile military coup was to change the name of the entire country. Over the next decade, the Mobutu regime was responsible for myriad human rights abuses, and he was sick of being called “the human rights abuse guy.” So he decided to earn himself some good PR by hosting a major sporting event. You know, sort of like what the Nazis did with the Olympics. 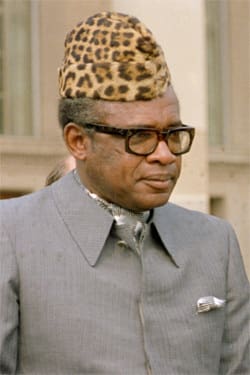 Frank Hall
Always a good idea to take PR cues from the Nazis.

Zaire paid $10 million to host the “Rumble,” and Mobuto purged the capital city of undesirables in anticipation of international attention. Reportedly, around 1,000 criminals and homeless people were rounded up and imprisoned, with 100 of them reportedly executed as a warning to others. Mobutu’s goal was to distract the world from the horrible things he was doing to his own people. And we can probably call that a success, considering the most important thing we remember about the “Rumble” is the Rope-a-Dope.

The Real “Zoot Suit Riot” Was An Epidemic Of Hate Crimes

Most of us know of the “zoot suit riot” from the Cherry Poppin’ Daddies’ anachronistic neo-swing hit of the ’90s. Zoot suits were clownish, brightly colored three-piece suits that “stylish” people wore back in the 1940s, complete with feather fedoras and pocket chains. Remember, before MRAs and Incubus fans, those things were still cool. 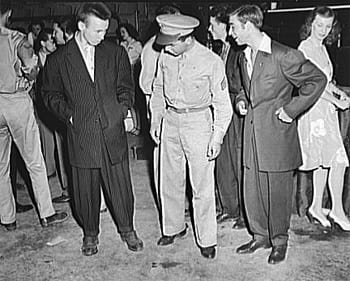 The “zoot suit riot” was actually a nickname given to an epidemic of violent hate crimes in 1943. It wasn’t cute, it wasn’t funny, and it probably wasn’t zoot-ziow-zoo-za-zoo-zeh. We, uh … we don’t know for sure.

See, back in the ’40s, zoot suits were mostly worn by people of color, and they were heavily associated with both jazz music and the defiance of cultural norms. Some white people were pretty upset about this — after all, they were the cultural norms — and in the summer of 1943, those racial tensions came to a boiling point. That’s when a horde of U.S. Navy personnel were given leave and unleashed upon the city of Los Angeles. They were bored, frustrated, had a little too much to drink, and saw a bunch of Mexicans walking around in fantastic suits. The next step used to be obvious. 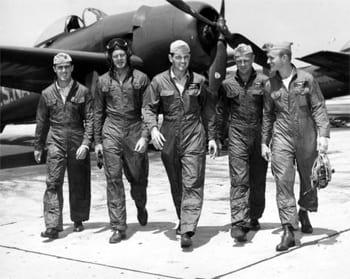 Huh. You’d think the Navy would have something better to do in 1943.

It wasn’t until the Navy itself stepped in and recalled all sailors back to base that the violence ended. One of the larger and more perplexing race riots in American history, and somehow it’s all best-known as the subject of an upbeat ’90s dance tune by a band whose name we hate to say.

And whose song we hate to hear.

The 1969 NYPD raid on the Stonewall Inn is remembered as the moment LGBT America decided they’d had enough and rioted against the injustice. It was the queer rights version of the MLK uprising. After centuries of being publicly oppressed, the homosexual and the transgender communities finally stood their ground against police, who were trying to raid a gay bar for little reason beyond “There were weird people in there.” That’s why President Obama declared the Stonewall Inn a national monument in 2016. 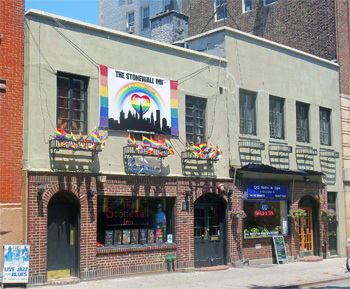 And Judy Garland’s death is now a national holiday.

Actually, the Stonewall Inn was a Mafia operation that exploited LGBT folks almost as badly as the government did. Authorities at the time considered gay bars “disorderly,” and they weren’t granted liquor licenses, which severely limited the social options of LGBT people who weren’t cool enough to hang out with Andy Warhol. This provided the Mob with an untapped market, so the Genovese Mafia family refitted an old bistro into a bar (as one critic put it, “in about eight hours and at a cost of under 50 dollars”), paid off the cops, then set about cheerfully screwing over their new clientele. 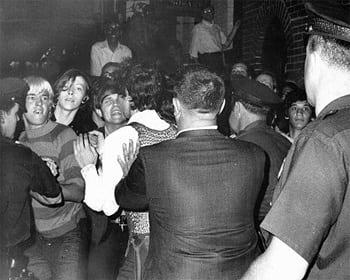 (The other kind of screwing.)

Booze was overpriced, watered down, and probably swiped from the back of a truck. On top of that, the bar lacked running water, and patrons suspected that was why everyone kept getting hepatitis. Fire escapes? Fugeddaboutit.

It’s rumored they were running prostitutes in an upstairs room and recruiting fresh-faced heroin dealers on the dance floor. By the time of the riots, blackmailing its own customers was the most lucrative part of the Stonewall business model. 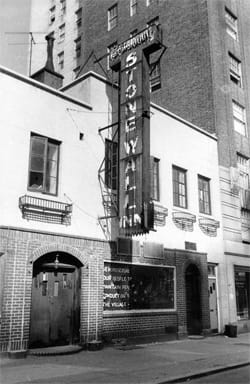 “But the location is amazing!”

In fact, if you believe the officer in charge of the famous raid (and that one’s up to you), the blackmail ring was the reason for the raid in the first place. One of its victims had stolen some bonds under mob duress, and the police finally decided it was time to crack down.

On the LGBT community.

Nathan Kamal lives in Oregon and writes there. He co-founded Asymmetry Fiction for all your fiction needs.

For more unfortunate historical details that everyone seems to forget, check out 6 Dark Details History Usually Leaves Out (For Good Reason) and 5 Horror Scenes Deleted From History For Being Too Creepy.

Subscribe to our YouTube channel, and check out Why ‘Keep Calm And Carry On’ Is A Lie, and other videos you won’t see on the site!

‘Counter-Strike’ player “KennyS” Falls on Stage With His Tournament Trophy!

Kenny ‘KennyS’ Schrub after going down with the trophy. Image: esl/youtube Counter-Strike pro Kenny “KennyS” Schrub was the undeniable MVP during Sunday’s ESL Pro League Season 5 grand finals as he racked up kill after kill to push G2 Esports to victory the team’s first win at a premier-level tournament in nearly a year. In […]

A hectic schedule of 8-9 hours of work at office can affect your health to a great extent. Office workers have always been complaining that they have least involvement in any sort of physical activity and  sitting at your desk for a long period results in lack of flexibility and mobility. A recent study has […]

How Streaming Services are Giving Independent Films a New Home

Posted on November 7, 2017 Author Will Robins

It can be hard to find an audience for original and complex films. This has been true for some time but perhaps it’s truer now that the superhero era has arrived and continues to draw in cinema-goers. Sure, difficult films can be frustrating because they might be hard to understand but they can also enlighten […]