Maybe I’ve been watching too many episodes of Lizzie McGuire, but lately I’ve been so taken by fashion of the early 2000s. I’m ready for the revival of blue tinted sunglasses, Sketchers, and Cam’ron’s plush pink headband. If you’ve been feeling those looks, too, you can easily turn boring old shoes into glam fuzzy sandals that would be especially cute for prom. I’ll show you how! 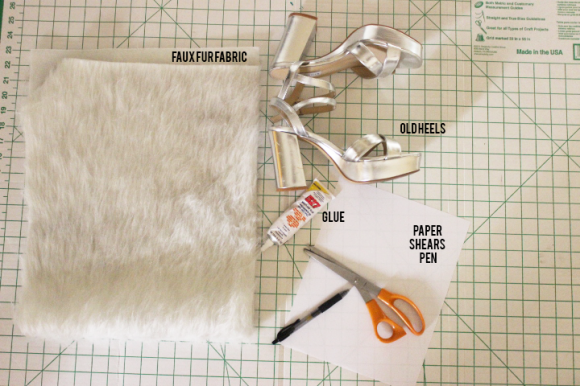 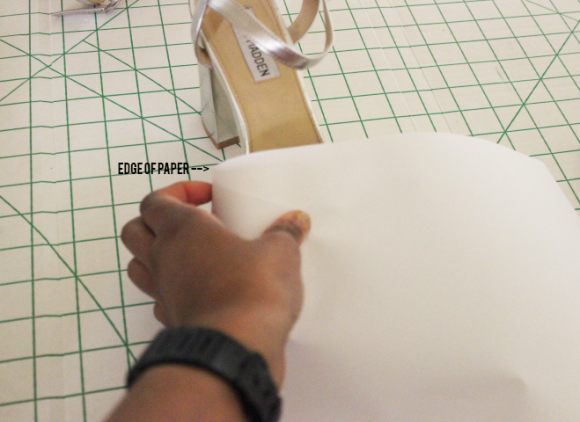 Line an edge of your paper up with the top edge of the sandal’s strap, and wrap the paper from one side of the sole over the full length of the strap. With the paper, you’re going to be making a pattern that will give you a rough estimate of the top of the sandal’s shape and length. 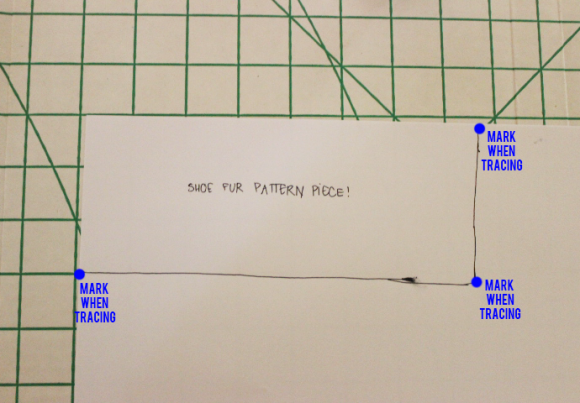 Use your pen or pencil to make marks on the paper that correspond to the top and bottom edges of each side of the shoe, starting and ending at both sides of the sole, then draw lines that connect those marks.

Tip: It’s better to make the pattern a little too big and size it down later than to make it too small! 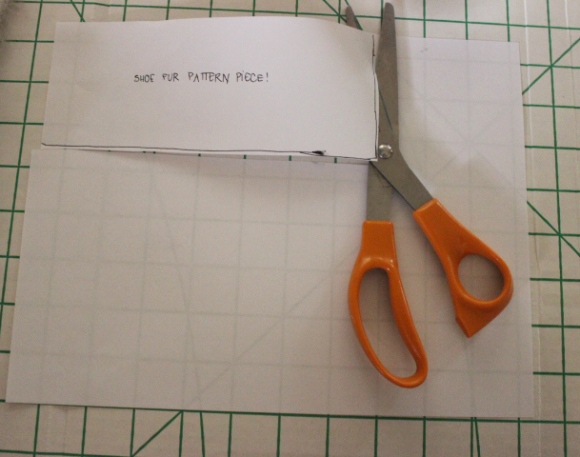 Cut out your pattern. 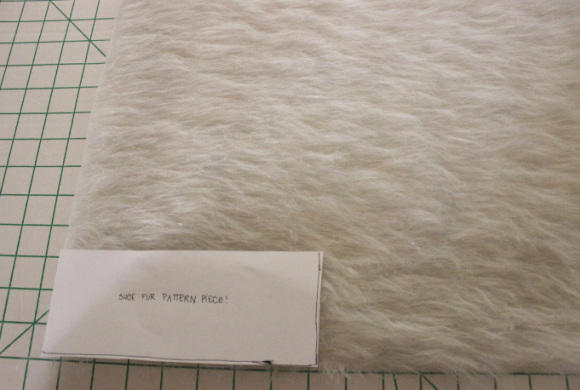 Place your pattern on the fake-fur fabric and cut around its perimeter, then do it again. You’ll end up with two pieces: 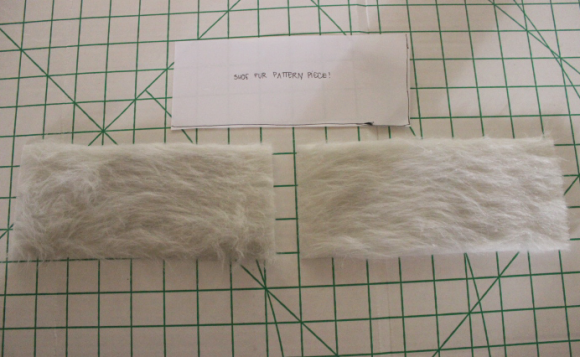 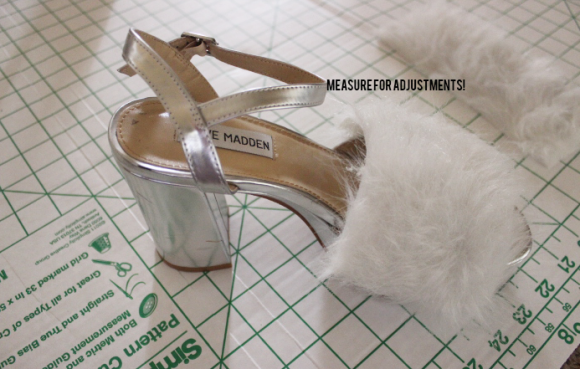 Place a fur piece over the straps of one shoe. It should line up with the soles on both sides—if it’s too long, adjust by cutting it down until it’s the right size. Now repeat the same step on the other shoe. (Optional: Blow-dry the fur to make it stand up all fuzzy and ridiculous!) 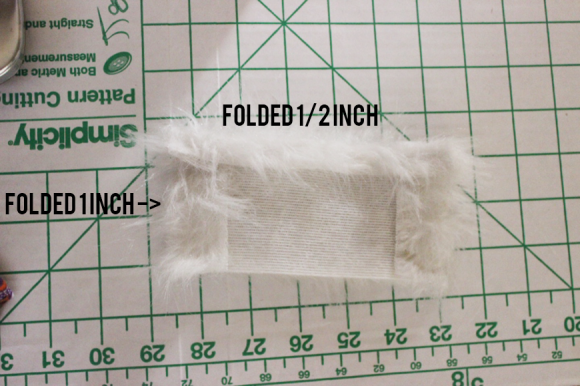 Fold over the short sides of one fake-fur piece an inch and glue them down; then fold over one of the long sides a half-inch and glue it down, too. Repeat the same steps on the other piece. (You’re about to use a lot of glue, so make sure you’re in a well-ventilated area.)

Apply glue all over the straps of both shoes, like so: 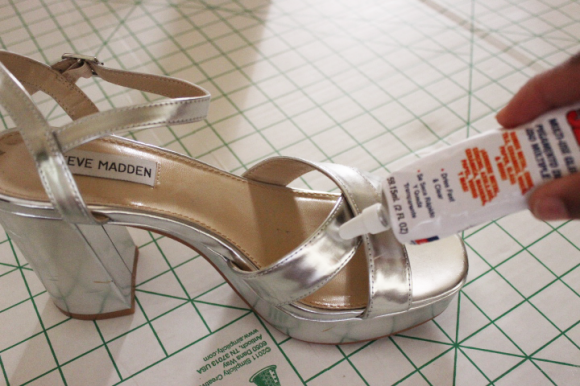 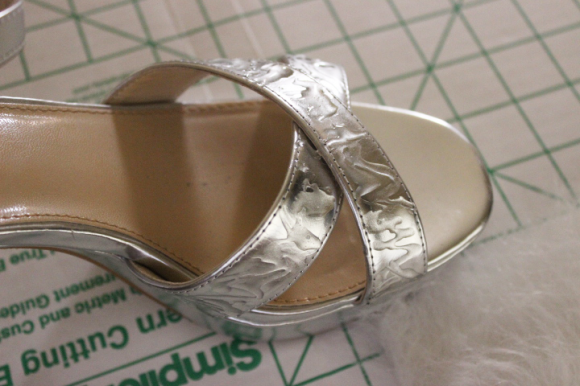 Carefully place one piece of fur over your first sandal, so that it lines up with the straps, and then firmly press it into place. Repeat with the other piece on your other shoe. 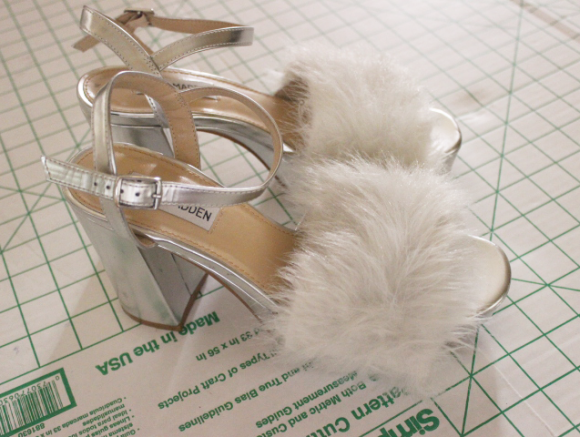 Don’t they look SO CUTE?! Resist the urge to try them on for a couple hours, so the glue can dry completely—then you’re done and ready for fun!

Entertainment Tips For The Holiday Season

Wheather business or home, this year will provide some challenges for Holiday entertaining.

There comes a time in all our lives when we can’t seem to find anything interesting enough to satisfy our needs for entertainment. No matter how much we rack our brains, we simply cannot come across something worth getting out of our seats for. What if you wouldn’t have to get up or go anywhere […]

10 Most Popular Gifts for New Years

Posted on January 2, 2018 Author Will Robins

New Year is round the corner and everyone is awaiting for some amazing gifts that will double the excitement of New Year, with some mind-blowing memories and taking all of them with the handful of hope and love and care in 2018.