One day, well be old and technology will go sailing right over our heads. But until that day, we can still enjoy the fact that an older generation is, understandably, struggling to make sense of the Internet, smartphones, and social media.

They deserve HUGE credit for trying, and none of this is meant to be mean-spirited, but its all so relatable that, young or old, you have to laugh at whats going down when they try and communicate with their favorite restaurants online. 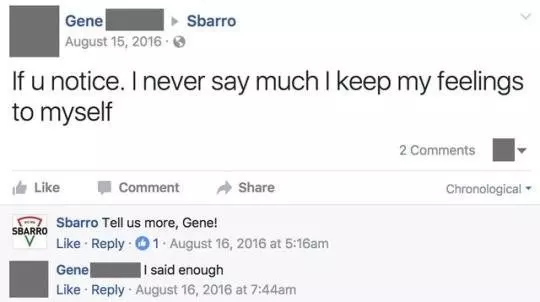 He stopped just short of really letting his true feelings known, so don’t push his Sbarro. 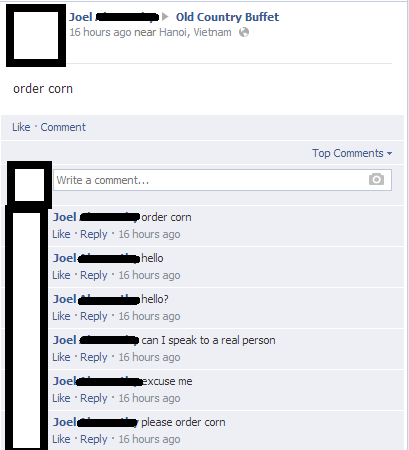 It’s a simple request, but clearly one that is very important to him.

Not really sure what the connection is between the cat and The Cheesecake Factory, but perhaps it was just what Willy wanted.

May he rest in peace…great, now I want cheesecake. 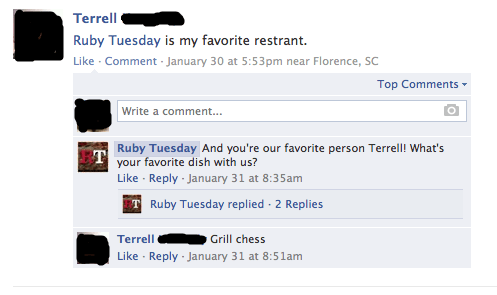 Terrell really loves Ruby Tuesday, so much so he’s willing to commit to saying it’s his favorite.

Thankfully, that love was requited.

Grilled cheese is bringing the world together!

Dad Hilariously Mistakes Kid’s Art Project For Something MUCH Less Innocent
20 Photos That Prove Walmart Is One of the Strangest Places On the Planet
Sean Spicer Just Had the Worst Defense of the ‘Covfefe’ Tweet Ever
According to Google, These Are the Most Misspelled Words In Each State
People Are REALLY Ticked Off About This Body-Shaming Snow White Parody Movie 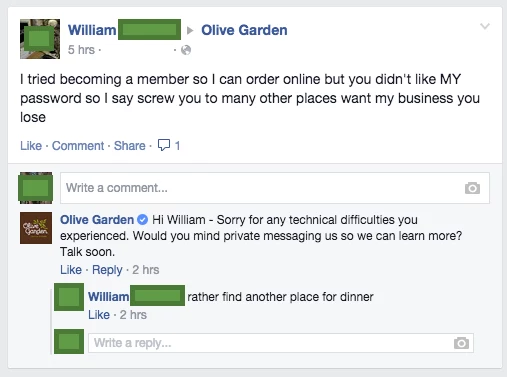 It was just the last straw for William.

He will just have to go somewhere else for unlimited salad and breadsticks.

He has no time for your “private messages.”

The 100 Most Handsome and Best-looking Actors of All-time

Posted on September 7, 2017 Author Will Robins

1) Paul Newman – Wit, talent and one of the most beautiful men – ever. The blue eyes were famed, but his spot-on sarcastic deliveries and sense of humor made the already stunning man even more glorious to get all dewy over. If you had the good fortune to see him in person you knew you had […]

How to Make the Perfect Iced Coffee in Your Blender

Many people start their day after their first sip of coffee. However, when the weather gets warmer, it can be difficult to enjoy a piping hot cup of joe first thing in the morning or at any point of the day. To get the caffeine boost and the delicious homemade coffee flavor, you may want […]