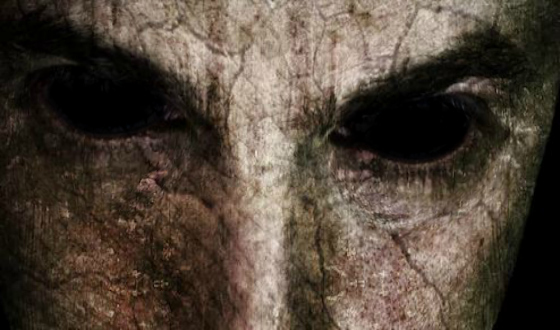 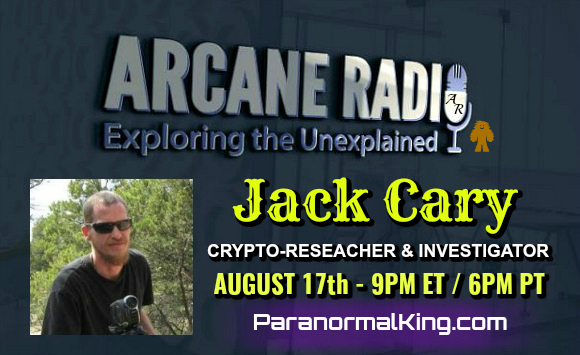 ARCANE RADIO IS BACK! on the Paranormal King Radio NetworkFacebook event announcement: Jack Cary – Crypto Researcher and Investigator – Arcane RadioJoin me as I welcome crypto researcher and investigator Jack Cary to Arcane Radio. Jack is the founder and current director at the Paranormal Intelligence Agency and a protege of the late JC Johnson at Crypto Four Corners, where he continues as a researcher. After many years of investigating crypto-creatures and paranormal phenomena in North America he has accumulated mounds of evidence that may prove the existence of strange creatures. His research lends credence to the notion that inter-dimensional doorways intermittently open, permitting the unintentional transference of a person, or being, across parallel realities and time.This should be a very informative show! Join us this Friday, August 17th at 9PM ET / 6PM PT on ParanormalKing.com – Meet us in the chat room…just click the banner or go to www.paranormal.olicentral.com———-Become a ‘Arcane Radio’ Patr
on for only $1 per month! https://patron.podbean.com/ArcaneRadioEach $1+ donation gives that Patron:- a ‘thank you’ mention on Arcane Radio, and a ‘thank you’ post on the ‘Phantoms & Monsters’ blog and on all of our social media (Facebook, Twitter, Tumbler, Google+)- a digital copy of ‘Mothman Dynasty: Chicago’s Winged Humanoid.’ When you become a patron, forward your email address to me at lonstrickler@phantomsandmonsters.com and I will send a copy to you.- an entry into the monthly drawing to receive a free signed copy of my most recent paperback title or a logo mug / cap from our ‘Phantoms and Monsters Gear’ shop. The winner’s Podbean ID will be announced / posted on this site, the blog and on my social media. Simply forward your mailing address to me at lonstrickler@phantomsandmonsters.com and I will send your item to you.Thanks! Lon**********TODAY’S TOP LINKSWant Cheap Rent in Tokyo? Get a Haunted ApartmentA 19th Century Vampire on the Loose?Mysterious Green Fireball Coincides with Yowie Sighting in AustraliaMystery of Unexplained Booms in Tennessee DeepensSecond ancient Egyptian sphinx may have been discovered near Valley of the Kings, experts say**********Abduction: Human Encounters with Aliens

The Vengeful Djinn: Unveiling the Hidden Agenda of Genies

Ghosts of the Civil War: Exploring the Paranormal History of America’s Deadliest War 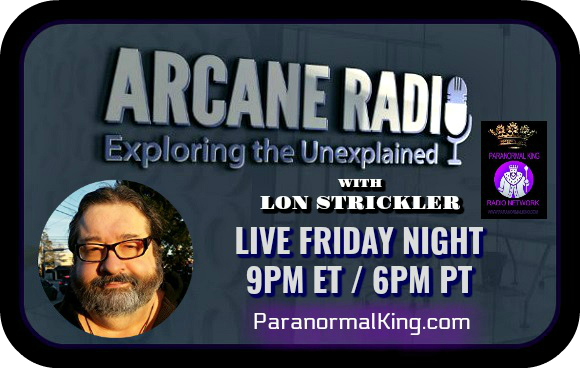 This newsletter is licensed under a Crea
tive Commons Attribution-Noncommercial-No Derivative Works 3.0 United States License.Disclaimer:The publication of any and all content e.g., articles, reports, editorials, commentary, opinions, as well as graphics and or images on this web-site does not constitute sanction or acquiescence of said content unless specified; it is solely for informational purposes.Fair Use Notice:This site may contain copyrighted material the use of which may not be specifically authorized by the copyright owner. We are making such material available in our efforts to advance understanding of environmental, political, human rights, economic, democratic, scientific, social justice, and religious issues, etc. We believe this constitutes a ‘fair use’ of any such copyrighted material as provided for in section 107 of the US Copyright Law. In accordance with Title 17 U.S.C. Section 107, the material on this site is distributed without profit to those who have expressed a prior interest in receiving the included information for research and educational purposes.You understand that all Content posted on, transmitted through, or linked from the Phantoms and Monsters Site, are the sole responsibility of the person from whom such Content originated. You are responsible for all Content that you post, email or otherwise make available via the Phantoms and Monsters Site. Phantoms and Monsters does not control, and is not responsible for Content made available through the Phantoms and Monsters Site. By using the Phantoms and Monsters Site, you acknowledge that you may be exposed to Content from other users that is offensive, indecent, inaccurate, misleading, or otherwise objectionable.Please Note:On this day, November 27, 2014, in accord with 15 U.S. Code Chapter 107 – Protection of Intellectual Property Rights, I declare that my rights are attached to all personal data, voice recordings, photos, art, text, titles, etc. published or reproduced at any media source. For commercial and/or recreational use of the foregoing my written consent is required at all times. By this release, I tell all unauthorized person and/or parties that it is strictly forbidden to disclose, copy, distribute, broadcast, or to take any other action against me on the basis of its contents. The actions mentioned above apply equally to employees, students, agents and/or other staff under the direction of the offending parties. The contents of my profile include private information. The violation of my privacy is punished by the law (UCC 1 1-308 – 308 1 -103 and the Rome Statute) NOTE: Any use of witness information, which includes any attempt to contact a witness or persons involved in an event, is strictly prohibited without the written consent of Phantoms & Monsters.© 2005-2018 Phantoms & Monsters – All Rights Reserved
PLEASE HELP SUPPORT THIS FREE NEWSLETTER

Under CEO Hubert Joly, Best Buy Moving Forward In The Age Of Amazon

Best Buy Chairman & CEO Hubert Joly. Now that the turnaround of Best Buy has been accomplished, the consumer electronics retailer has its eyes set on Amazon to show the world that the eCommerce giant doesn’t have to be the untouchable 800-pound gorilla, so says chairman and CEO Hubert Joly. “We have turned around the […]

Covid- 19 Stress: How CBD Can Help Reduce Stress and Anxiety

Since January 21, 2020, the American Center for Disease Control and Prevention (CDC) has registered an unprecedented number of coronavirus infections and deaths across the U.S., leading to the nationwide shutdown. Naturally, this has contributed to the high levels of anxiety within the population. With millions of people still unable to move freely or go […]

Types of Woodpeckers in the Northeast