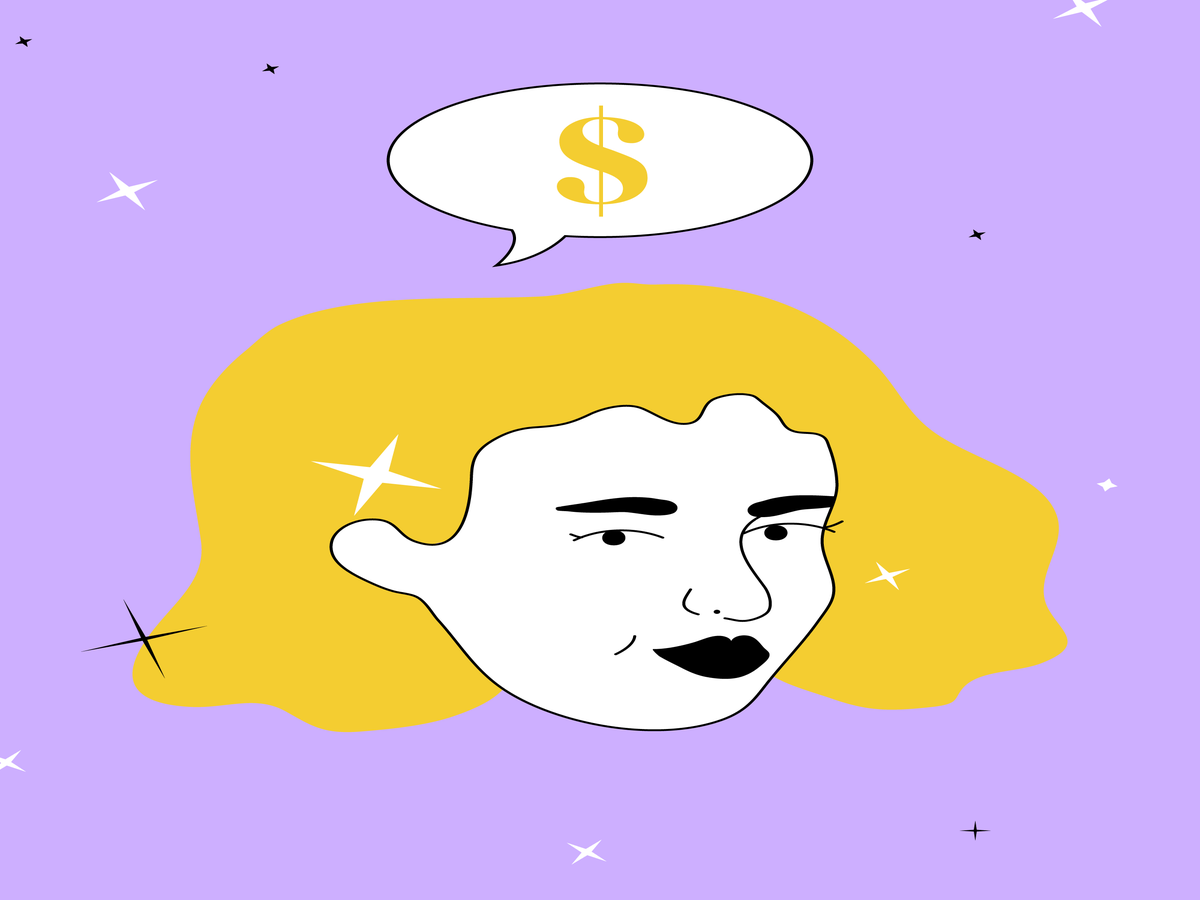 At first glance, Refinery29’s debut money diary seemed fairly mundane — a designer buying pizza, beauty products, and cat food. Then the diarist emailed an hour later with an addendum: “I forgot to add some stuff,” she wrote. “1 a.m. — We do some cocaine. I don’t know how much drugs are supposed to cost but I heard coke is pricey.” Welcome to what The New Yorker calls the most “lurid corner of the internet.”

The initial goal of this project was to show how everyday women spent their everyday salaries — but in the end, it actually put on display how our readers (a.k.a. you) felt about women earning and spending money as they please. It’s been eye-opening. At first, we were struck by how judgmental the commenters were (see: what happens when boyfriends pay for things) — but we’ve found the community that has sprung up around the series to be as diverse and complicated as the diaries we feature. An OP might be struggling, or making mistakes, or absolutely thriving — regardless, the community will have an opinion. They cheer them on, offer advice, and call them out when they make mistakes (see the OP who thought avocados ripen in the fridge — FYI: they don’t). The series has raised a lot of questions about what it means to be independent, self-made, and successful, and that’s a worthy discussion.

To celebrate the launch of our Money Diaries book and the incredible growth of our MD community, we decided to see where our very first money diarist is now to talk about what has changed in her life over the last two years. There’s no cocaine this time, but there is an order of pizza.

Tell me about your first reaction when you re-read your diary two years ago.

I remembered the comments more than I remembered what I wrote, so re-reading it, I’m kind of surprised at the types of comments I got. It doesn’t seem like I gave enough material to warrant that much reaction.

What comments do you remember?

Definitely the ones about the drugs. I’m not someone who does drugs a lot, and I was just experimenting, and I definitely haven’t escalated since. But I’m glad I was honest. I was just taken aback by the tone of the comments. Like, I don’t think the commenters were against drug use, but more against the fact that I mentioned it. Maybe because it was the first diary, and they thought the purpose was to be exemplary.

Do you think you’re the same person as you were two years ago?

A fair amount has changed but I definitely stress about work still. It’ll probably continue to be something I try to relax more about. I would say I’ve gotten better at integrating my social life throughout a week, especially when I can see I’m not in a good place emotionally. I’ve tried to create more of a work-life balance, or a stress-friend balance, I guess.

Was that not something you did before?

I think I isolated myself more before. I’d definitely just go straight home, zone out and watch things on Netflix. When I was younger, the main reaction I had to the stressful things going on in my life was buying a pizza and going on a lot of dates. Two years later, I had stressful stuff going on, too, but instead I saw my friends, had meaningful conversations, and explored my neighborhood.

Other than that, circumstances have changed considerably, but I guess I haven’t really gotten less impulsive, spending-wise. I have been a little more proactive about purchasing things that impact my mood. I only bought stuff I knew would impact my mood with every use, which were soaps. I’ve found that you can sacrifice a bit of your financial security in service of your mental health, and a couple of frivolous purchases don’t really amount to the end of the world financially. If I know I’ve purchased something more expensive than I should have, I’ll just make more of an effort to cook for myself.

Do you think you’re spending less?

I do think more about the quality of the things I buy, even if that means purchasing less but slightly more expensive things.

What do you think prompted your spending habits to change?

Spending less time in Manhattan had a substantial impact. When I wrote my first diary, I had recently moved to Greenpoint from the Upper East Side. I hadn’t spent enough time in Brooklyn yet to know that you could enjoy yourself just as much for less money. Greenpoint is considered an expensive neighborhood for Brooklyn, but groceries, dinners, and drinks, even clothes and home goods are still priced noticeably lower here, without compromising on quality or design. Also, thankfully my friends who live in Manhattan are pretty willing to visit me here, so I’m rarely spending Manhattan prices when I go out anymore.

I also think it’s easier to sacrifice things when you’re older. I don’t experience as much FOMO and that in and of itself helps save money. I was worried my second diary would be more boring but I guess it’s boring in a good way. I wasn’t going on Tinder dates every other day, and, well, I did have pizza once, but I didn’t stress eat it alone.

So in the next two years, do you have an idea of where you want to be?

I read that I’m supposed to have a year’s salary saved by the time I’m 30. It sounds like most people don’t, but I think it would be great to save somewhere between $50,000 and $60,000, which was my salary four years ago.

I think it’s easier to be ambitious now than it was two years ago. I had $5,000 in my savings account two years ago, and I’ve since saved double that. Looking at the amount of money I’ve saved since then, it didn’t seem like the path to it was especially difficult. I wasn’t sacrificing a ton to save that much money, and having it makes me feel more stable.

Are you proud of the growth the diaries have shown?

I think it’s hard to say I’ve grown a lot. I think I’ve changed a lot. I’m scared of complacency, and I don’t want to let myself think I’ve come far enough. But I am proud of how far I’ve come. I’m a better, more responsible person than I was two years ago. I think I’m more self aware now. Then again, I got really stressed out last week, and I did order a pizza and ate it over the course of the week. But it’s still cheap. It was a financially sound decision, just not a nutritionally sound one.

Like what you see? How about some more R29 goodness, right here?

How This 31-Year Old Scored Her Six-Figure Salary

Juice It Up! to Open First Yucaipa Location

David Perlmutter M.D. – Empowering Neurologist: The food, the facts, the science to control your genetic destiny. I’m 68 years old and hail from Boulder, Colorado. Just ten years ago I found myself in the ER, unable to walk. At the time, doctors diagnosed me with MS. For years I went through steroid treatments and […]

To grow a healthy cannabis plant, it is essential to ensure a healthy root system. Roots are the most prominent part of a plant providing all the necessary ingredients to the plant for its proper growth. The root transfers water, oxygen, and nutrients to the entire plant by pulling it from the soil. Plants, with […]