The MP for Kensington, the London borough containing Grenfell Tower, has spoken out against a conceptual memorial, which she says would re-traumatise residents.

Emma Dent Coad, who was elected as the Labour MP for Kensington in 2017, said she was horrified to see the concept from architecture studio JAA, which suggested encasing the burnt-out shell of Grenfell Tower in panels of black concrete, in tribute to the victims of the fire.

Dent Coad said the proposal was insensitive to the needs of residents who could be re-traumatised by such a stark reminder of the disaster.

“If JAA really want to help, and not be accused of carpetbagging, join a working group and do some of the serious work. Leave the neighbourhood to heal as it chooses, when it’s ready,” Dent Coad told Dezeen. “Stop having ideas.” 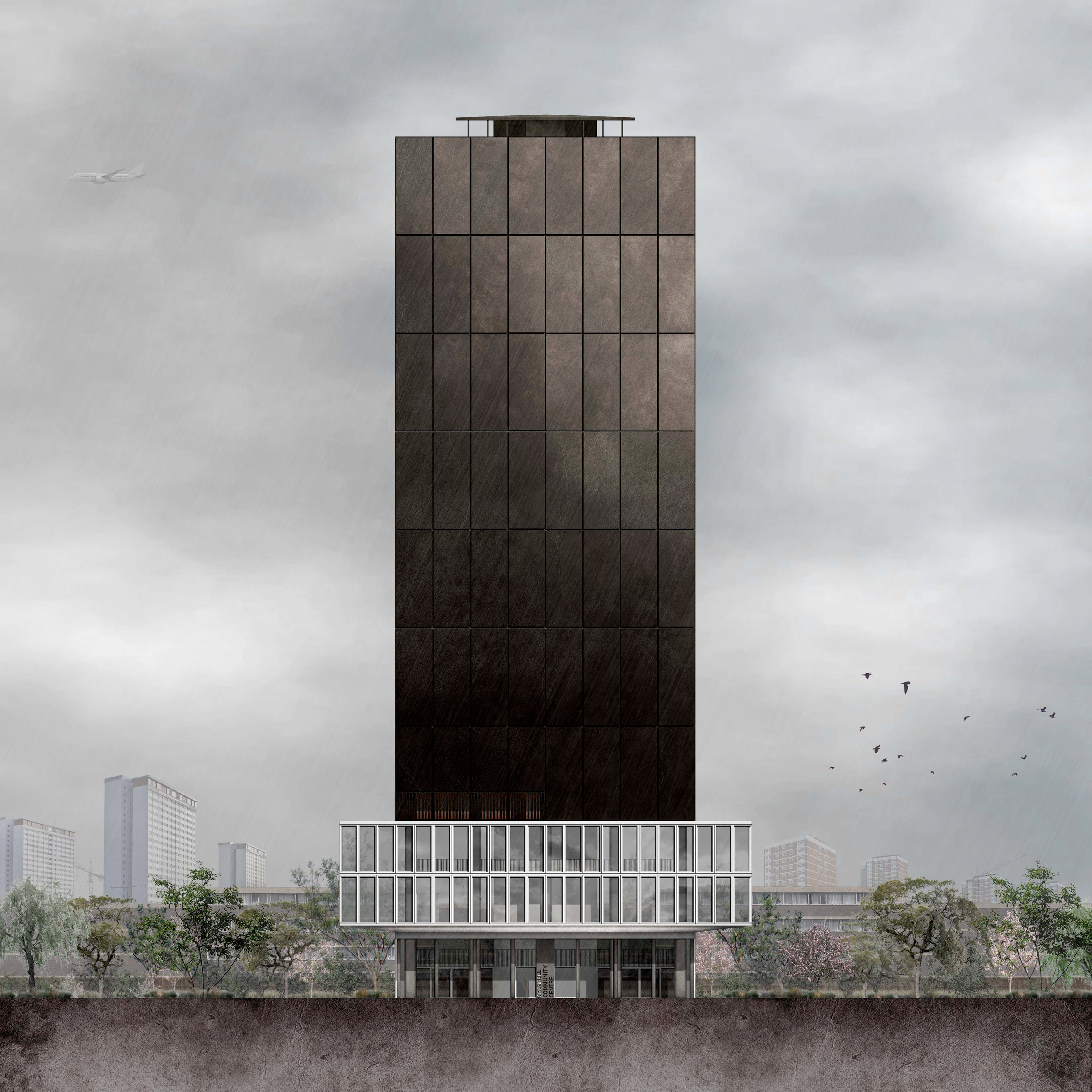 Architects coming up with concepts without the input of those affected, Dent Coad argued, is patronising.

“Anybody who has listened to Grenfell-affected people on social media will know they are intelligent and articulate,” said Dent Coad.

“Anyone who took the time to listen would understand how aggravating it is that outsiders continually think the situation needs to be translated for them,” she continued.

“They seem to think: ‘oh no you wouldn’t understand, you’re just social tenants. Let’s do that for you’. It’s a continuation of the position of the council, who have always treated social tenants like ignorant children.”

Dent Coad said that many people have already reached out to offer resources for the memorial, which will be chosen by the survivors, bereived and residents of the Grenfell Tower estate. 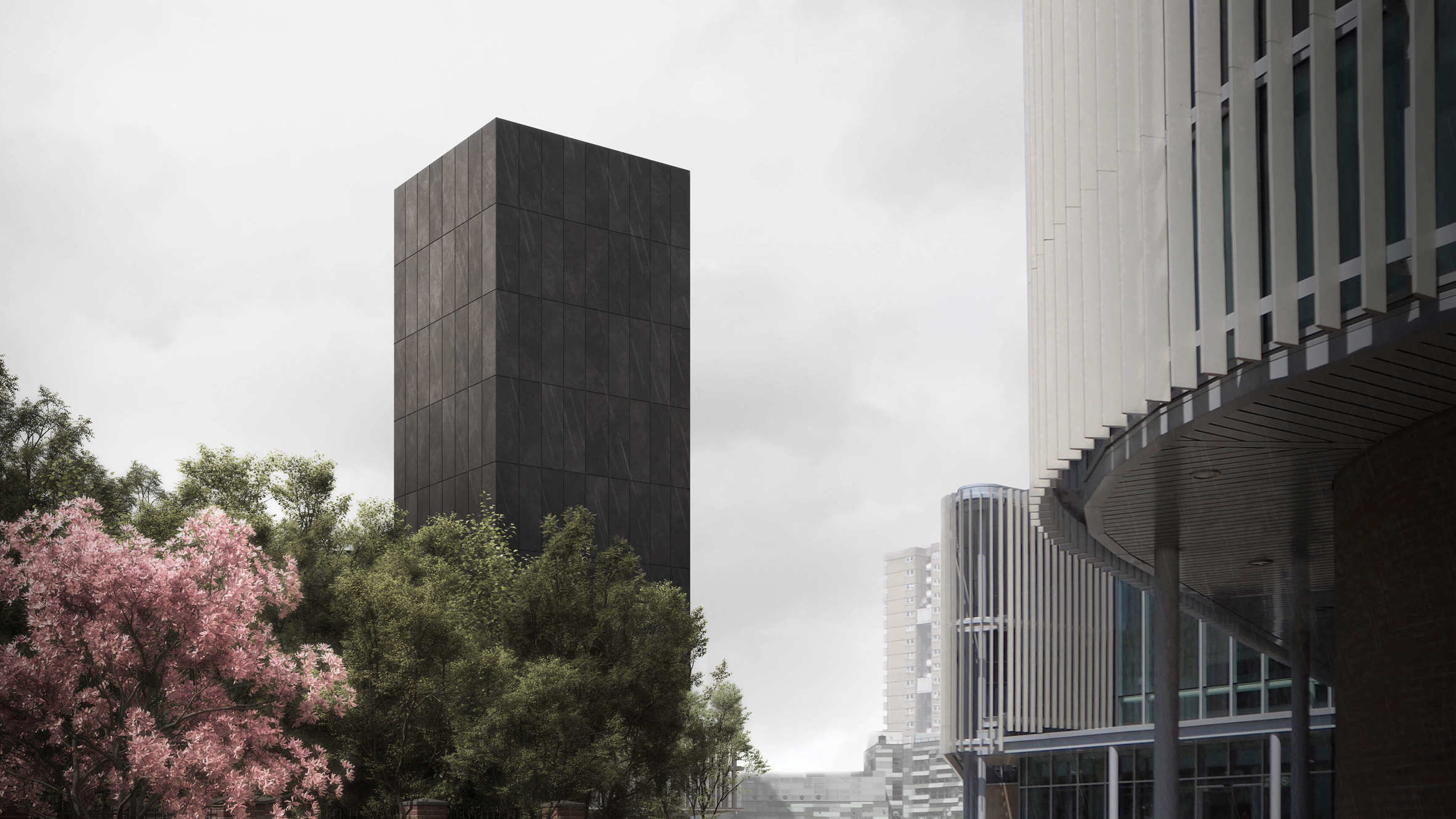 Grenfell Tower was a 24-storey residential bock built in the 1960s. When a fire broke out in a fourth-floor flat on 14 June 2017 it spread rapidly up the side of the building, engulfing the tower in flames and toxic smoke, killing 72 people.

The tower had recently undergone a refurbishment that saw “deficiencies” introduced, which contributed to fire deaths, according to a report by fire safety experts leaked earlier this year.

JAA Studio came up with the concept for the memorial after becoming concerned that a memorial garden or plaque would not serve as a strong enough reminder to the government, architects and construction industry that lessons needed to be learned.

The architects said they had witnessed first-hand on building sites how corners are cut when it comes to fire safety, as a result of cost-saving measures encouraged by the process of councils tendering out contracts to private companies. 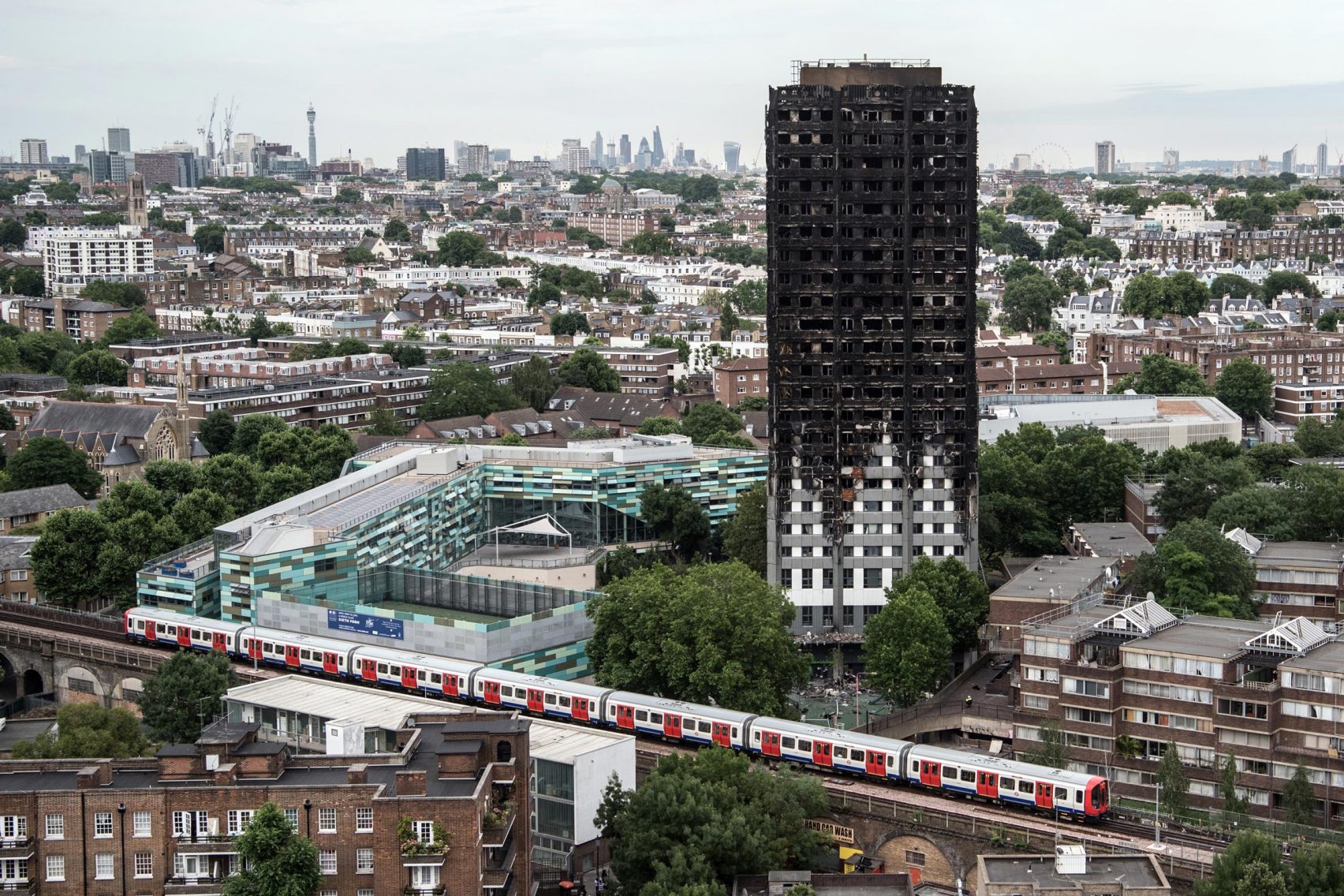 Grenfell Tower burnt down in a fire on on 14 June 2017. Photo courtesy of Getty

“JAA say they don’t want Grenfell to be forgotten,” said Dent Coad. “I assure you, the dozen or so campaign groups and professional bodies – including the RIBA, Shelter, the Association of British Insurers, London Fire Brigade and MPs of all affiliation – will ensure that it is not forgotten and that change will come.”

She added: “There are 11,000 people in the neighbourhood and nearby whose mental health has been affected – they can’t forget if they wanted to. ”

JAA has apologised for any distress caused, stressing that the proposal was never intended as a “real solution” for the Grenfell Tower site.

No longer a crime scene, the site has been temporarily handed back to Kensington and Chelsea council. The ongoing public inquiry into the fire will resume next month, September 2018.

Imagery is by Darc Studio unless otherwise stated.

The post “Leave the neighbourhood to heal as it chooses” says MP responding to Grenfell memorial design appeared first on Dezeen.

A Guide to Types of CBD and Why it Matters

CBD, or Cannabidiol, has become quite the hype in the last few years. It is found in cannabis and hemp plants and are thought to have  multiple medicinal benefits too. Contrary to popular notion, CBD products do not make you feel “high” but can be used to seek relief from stress, anxiety, and many other […]

Posted on September 27, 2017 Author Will Robins

Over the past century, billions of people across the world have benefitted from improved medicines, better drugs, specialized treatments, and vaccinations. Infant mortality and dangerous diseases have been effectively reduced as medicine has improved over the decades. However, modern medicine and traditional science can’t solve everything. From certain forms of cancer to lesser understood mental […]

Insurance premiums total more than a trillion dollars in the U.S., and yet, where that money goes is something of a mystery. It certainly doesn’t seem to get invested in the consumer experience, where ancient incumbent companies still process paperwork as if it is the 1800s, and consumers are left wanting for new insurance options […]