Sekiro: Shadows Die Twice – and every FromSoftware game in perpetuity – is always going to be compared to Dark Souls.

When you land such a zeitgeist-shaping smash hit, that’s just the way it goes. But from the first time you launch spidey-style into the air with your skeleton grappling hook, it’s obvious Sekiro is something different.

Sekiro is still a FromSoft game through-and-through – doors take an eternity to open, the camera takes a similar perspective, you will be murdered a lot – but the amount of options you have to tackle what’s in front of you make this feel like an exciting evolution of the SoulsBorne formula.

After nearly ten years of Souls, it’s clear series creator and From president Hidetaka Miyazaki is keen to branch out and incorporate new and interesting ideas into his studio’s games – a feeling that’s shared throughout the team working on Sekiro.

“We set out to make something completely fresh with Sekiro,” FromSoft comms manager Yashuhrio Kitao says via a translator. “Obviously, there are some elements you’ll find familiar, and we hope that fans enjoy those elements and feel this is something familiar, yet different. 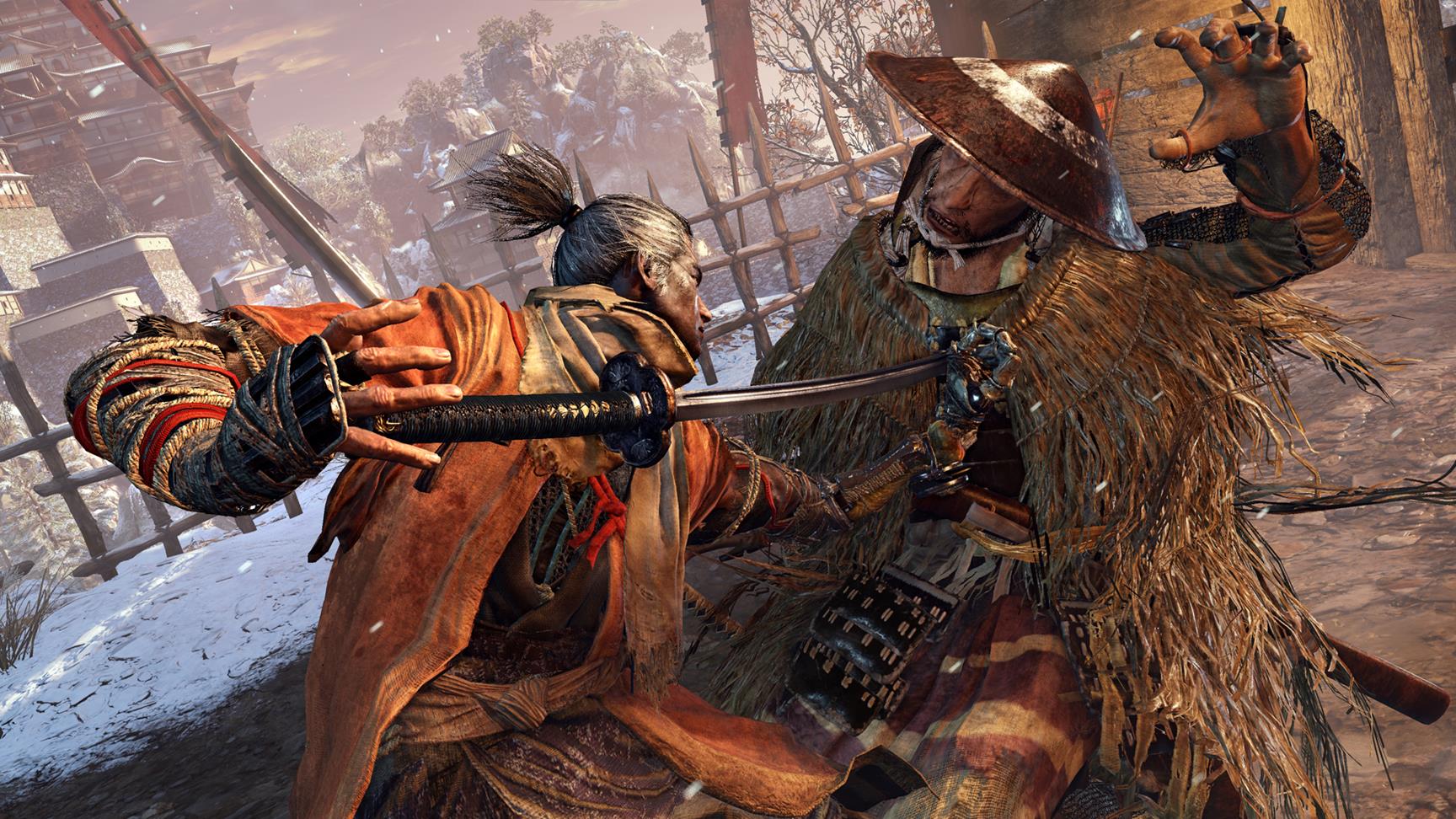 “We wanted to create something new, in this brand-new setting, with new themes and motifs.”

The biggest change in Sekiro is the variety of new tools and movement abilities you can use to approach enemies quietly. It’s an optional emphasis, but where in Bloodborne you might try kite an enemy away for a one-on-one tussle, Sekiro allows you to crouch through long grass, stealthily take out a straggler, then position yourself for a surprise assault on a larger foe.

For those worried, this doesn’t take much of the challenge away. The stealth here is as punishing as any other mechanic From has created in the past. There’s no selective blindness from patrols – if you leave cover, they will see you – and stealth attacks work very similarly to backstabs in previous games: one pixel outside the sweet spot and you’re left swinging at air as everything in the area rushes over to kick you down a chasm.

Perhaps the most interesting application of the stealth mechanics I saw was against mini-boss characters. They’ve got multiple visible health bars, and a stealthy stab wipes one away before you face them head-to-head. This is one way a sneaky strategy can make the straight-up fighting demonstrably easier, but that doesn’t mean much if you haven’t got the skills to finish someone off once you’re exposed.

“We didn’t just put stealth in the game to make it easier or to appeal to a wider audience,” Kitao explains. “Stealth is one facet of the shinobi’s arsenal and what we wanted to do was create a game [where] if you jump in head-first and confront these enemies from the start, it may even end up being much tougher than previous games.

“[Even] the weaker fodder enemies, they’re conscious, they’re aware, they have a katana, they can really do some damage. But there are a number of ways we’ve incorporated to approach them from different angles and thin out the numbers before you attack a lot of enemies head-on.”

Supplementing your new movement abilities are multiple branching paths that serve as shortcuts between areas as well as ways to maneuver around tough opponents. Sekiro is positively littered with secret trails, and you can find new routes hidden in inconspicuous corners and even off the edge of cliffs. 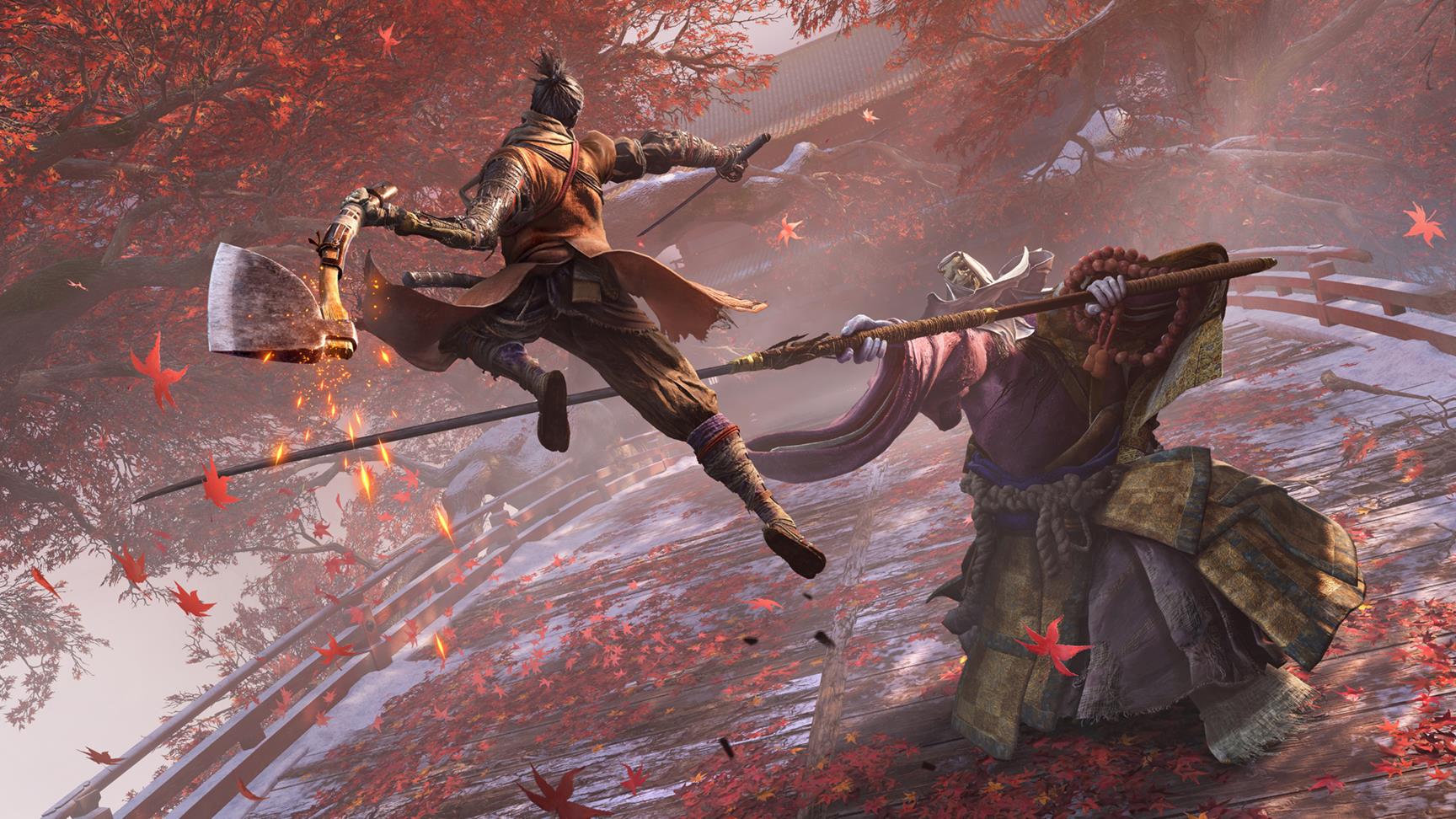 “You can explore the map in a number of ways,” Kitao says. “This is definitely a point of pride in making these maps and [it’s] very fun for us thinking how could we approach this situation. We’ve always built these three-dimensional maps with a lot of verticality – with a high road and a low road – and this is going to make these maps a lot more accessible, especially with the addition of the jump and the grappling hook.

“There’s going to be a variety of routes that the player can discover and explore off the beaten path.”

Player agency has been a cornerstone of recent FromSoftware games – both gameplay and story-wise – so just as you can choose your own path through environments, it’ll be up to you to unfurl the mysteries of the world.

The E3 trailer made it seem like Sekiro is more overtly narrative-led, but story will still only be fed in scraps here. FromSoft wants to preserve the experience of wading through a nebulous world none-the-wiser save for a few scattered crumbs, so there aren’t going to be many story beats beyond the start of the game.

So far, we know Sekiro is set in the Sengoku, or “Warring States”, period of Japanese history, which spanned the late 16th and early 17th centuries. You play as the One-Armed Wolf in the earlier half of the era – towards the end of the 1500s – fighting to rescue the kidnapped Young Lord you’re sworn to, slowly understanding the world more as you explore deeper.

“It’s not going to be the only way you learn about the lore, but it’s definitely something we want to keep intact,” Kitao says about finding story snippets in Sekiro. “And we hope if players can explore the world and find these fragmented story pieces and piece it together – that’s something we’d love for them to enjoy.

“What we’d like players to recognise is that from the outset we have this simpler approach to the story – more understandable, more relatable themes and motifs, such as the shinobi protagonist who has to protect and save his charge the Young Lord. 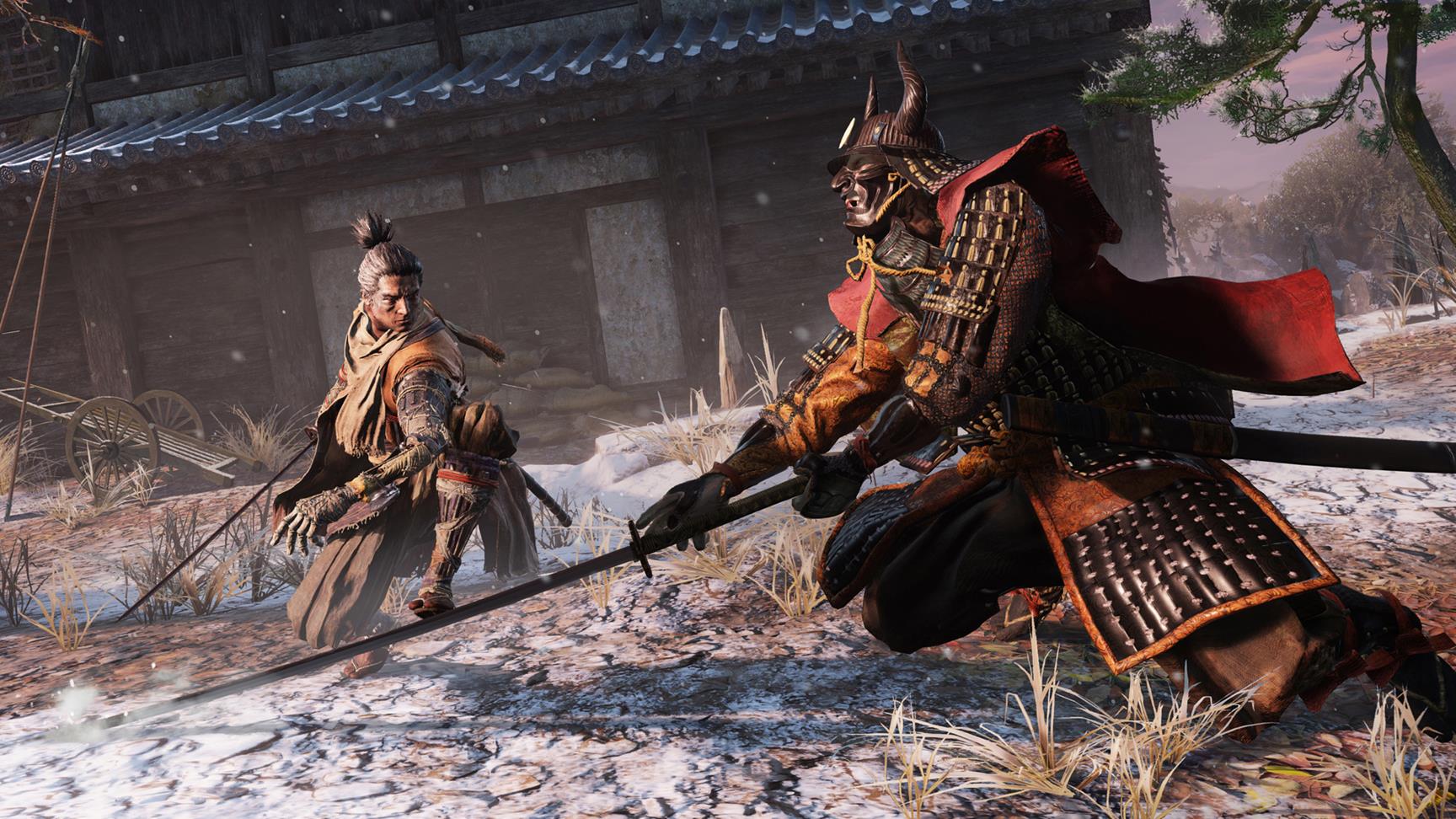 “So from the outset, the story is more approachable in that sense. What we’d like to do is not have a very story-driven experience, but have this player-driven experience where they’re finding clues and pieces of lore and piecing it together themselves.”

We’ve only seen a limited amount of Sekiro’s setting so far, so it’ll be interesting to see if Feudal Japan can turn in as show-stealing a performance as the twisted city of Yarnham in Bloodborne or Dark Souls’ decaying kingdom of Lordran, with its fetid sewers, dense forests, and cold stone halls.

What we do know is that it won’t be predictable. The inspiration for Sekiro’s menagerie of nightmarish beasts won’t just be limited to Japanese legend – game design always provides the base – and few studios have as good a track record to draw on.

“A lot of the staff that we’ve had since Demon’s Souls, they’ve never had a chance to create a game set in Japan,” Kitao adds. “So this is a really nice new motivator for them to create this brand-new world.

“We don’t say, ‘Hey, look, there was this interesting creature in Japanese folklore, let’s take that and tweak it.’ We say, ‘What would really fit our imagining of Sengoku Warring States period Japan?’, and we start from there. That’s why we like to think of these as original creations, original enemies and monsters, with some inspirations from various sources.”

Sekiro: Shadows Die Twice is published by Activision and launches worldwide on PS4, Xbox One, and PC on March 22, 2019.

At Gamescom, we also found out that Sekiro will be about the same size as Bloodborne and Dark Souls 3. And that Fromsoftware haven’t ruled out returning to the Tenchu series.

The post Sekiro: Shadows Die Twice sure is a FromSoftware game appeared first on VG247.

3 Excellent Reasons to Undergo a Necklift

When a friend or family member is struggling with addiction, it’s natural to want to help – even when they push you away. Getting pushed away is common, especially when the individual suffering from addiction is in denial. Denial is the number one reason an addict refuses help from friends, family members, and treatment centers. […]

Did you know drinking water could be a key to feeling happy? While it may sound far-fetched, a study found that 67 percent of people who drink plenty of fluids reported feeling “very happy”, while only 21 percent of those who didn’t drink enough water said they’re “very happy.” Life wouldn’t be possible without water, […]