The ADA New Dentist News spoke with three dentists — all 2018 dental school grads — to learn what led them to dentistry and how they chose their career path. 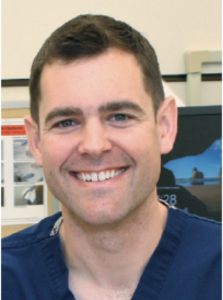 Dr. Kristofer Harris took a demotion to become a dentist, but he couldn’t be happier.

Dr. Harris, 37, was recommissioned as a lieutenant in the Navy Dental Corps upon graduating from the University of Washington School of Dentistry in June, continuing his military career. Before enrolling in dental school, he served 11 years in the Marines as an officer and Harrier attack jet pilot, eventually climbing the ranks to become a major — one rank above a Navy lieutenant.

His Washington state recommissoning was special, for an old friend from flight school, Marine Major Scott Buerstatte, conducted the ceremony. Immediately after that, Dr. Harris in turn administered the commissioning oath to two classmates: Dr. Ashley Simpson, who will serve as a Navy general dentist, and Dr. Ryan Sonnabend, who will begin a Navy general dentistry residency. Both are now Navy lieutenants like Dr. Harris. Choosing to stay in the armed services, this time as a dentist, was an easy decision for him, said Dr. Harris shortly after he moved across the country with his wife of 14 years and three kids.

“I’m honored for the opportunity to continue serving as a Navy dentist,” he said. “I’m training to provide a service that matters and that everyone needs. Getting to provide that to fellow Marines and sailors will be extremely rewarding.”

“I have always been interested in health care,” Dr. Harris said, adding that before he joined the Marines, he was studying pre-medicine in college. 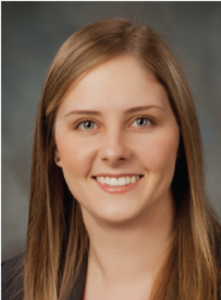 Dr. Lauren Nichols is an Oklahoman for life.

“After applying to and interviewing at several schools, I chose Oklahoma University because of their strong emphasis on clinical dentistry,” she said. “I was drawn to clinical dentistry from the beginning and have the desire to serve my community.”

She is a recent grad of the University of Oklahoma College of Dentistry and grew up in Broken Arrow, Oklahoma.

“Dentistry is special because you are allowed the autonomy of focusing on patient centered care with an emphasis in communication and quality service,” said Dr. Nichols, 25, now an associate at a general practice in Tulsa, Oklahoma.

Service is important to her, she said.

“I was inspired to pursue dentistry after volunteering at an Oklahoma Mission of Mercy while in high school,” Dr. Nichols said. “After experiencing the sense of community and compassion dentists have for their patients, I was drawn to the field. In dentistry, I am able to marry my commitment to volunteerism with my professional drive to help others achieve oral health.”

Becoming an associate is helping achieve her own goals in dentistry. In the future, she wants to be her own boss. “My professional goals include a commitment to lifetime learning, providing ethical dentistry and becoming a practice owner,” she said.

For now, Dr. Nichols is building her foundation. “Immediately after graduation, I am focused on the transition into practice and establishing new relationships with colleagues and mentors,” she said. “Postgraduation I want to continue to grow my abilities. It is a priority for me to join professional organizations in order to meet colleagues and contribute to building organized dentistry.” 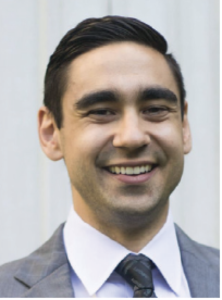 Dr. Hakan Gem, a 26-year-old Washington state native and recent grad of the University of Washington School of Dentistry, plans on staying in Seattle now that he has graduated and is enrolled in the dental school’s Ph.D. program.

Pursuing a Ph.D. wasn’t initially in Dr. Gem’s plans. “I was originally contemplating either joining my mother’s private practice as a general dentist or pursuing oral surgery. But after my mom passed away from cancer at the end of my first year, I had a serious change of heart in terms of my career path. I wanted to join the effort for cancer research, so I applied to the Ph.D. program that our school offers with the intent of focusing my research on oral, head and neck cancers through the Fred Hutchinson Cancer Research Center in Seattle.”

Deciding to delay his entry into clinical dentistry was difficult, Dr. Gem said.

“To be honest, I’m a bit torn between how I’ll split my time as a clinician versus researcher,” he said. “I really love clinical dentistry, working with patients, and operating within a team. At the same time, I’m passionate about research and I’m inspired by the scientific discoveries that ultimately lead to better patient outcomes on a large scale. I hope I’ll find the right balance between those two interests as I move forward.”

To that end, he has created a website called LiveSmyle.org where he makes regular posts about the latest cancer news, important historical figures and general facts about cancer research.

He also established the LiveSmyle Foundation, which raises money to be used to help enrich the lives of cancer patients and their families as they come to Seattle for cancer therapy.

Covid- 19 Stress: How CBD Can Help Reduce Stress and Anxiety

Since January 21, 2020, the American Center for Disease Control and Prevention (CDC) has registered an unprecedented number of coronavirus infections and deaths across the U.S., leading to the nationwide shutdown. Naturally, this has contributed to the high levels of anxiety within the population. With millions of people still unable to move freely or go […]

When I turned 25, my parents set up a meeting with their insurance agent to sign me up for a life insurance policy. I was single, with no kids or even pets, and barely making enough money to pay the rent. I got the policy, but never understood it. A few years went by, and […]

If you aren’t a regular coffee drinker, chances are someone close to you is. Roughly 62 percent of people consume coffee daily in the United States, up from 57 percent in 2016. But among coffee drinkers, there is a significant split—one divided along cultural approaches. There are the casual coffee drinkers, who may have a […]