Attendees to this weekend’s Life is Beautiful Music & Art Festival in Las Vegas should take proactive measures to assure their own safety, a local counter-terrorism expert is warning.That includes identifying exits and escape routes, as well as potential areas to take shelter. 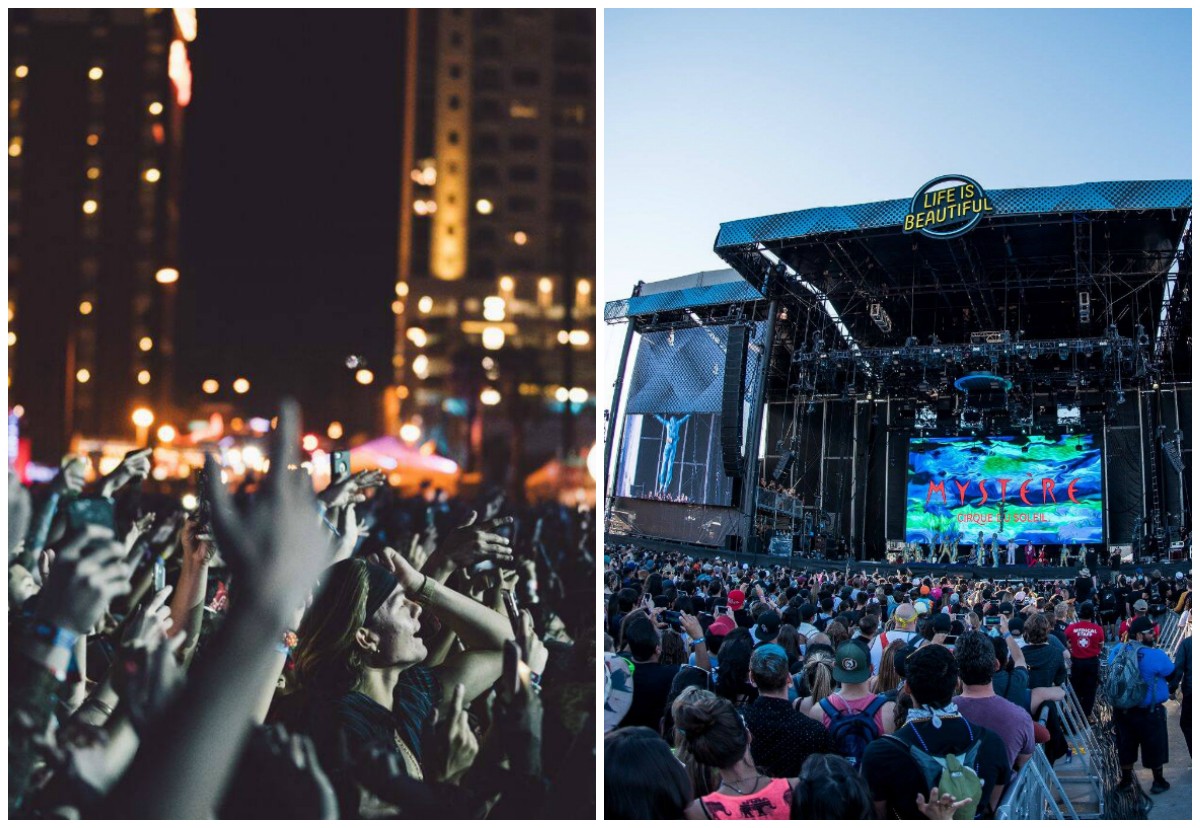 Crowds will pack downtown Las Vegas for this weekend’s ‘Life is Beautiful’ concert, and that has one counter-terrorism expert concerned, given last year’s October 1 shooting at the Route 91 Harvest festival outside Mandalay Bay. (Image: Life is Beautiful Festival/Casino.org)

The three-day concert drew 137,000 attendees last year, and organizers expect this year’s installment to set a new record during the September 21-23 event.

Predominantly held outdoors in downtown Las Vegas, security officials are on high alert, as tens of thousands of people crowd into tight quarters less than 12 months after the deadliest mass shooting in modern US history occurred some six miles south on the Strip.

There is a denial mechanism,” Benbenisty told Las Vegas local TV news Fox 5 this week. “People refuse to think something bad will happen [again]. All the active shootings and terrorism events around the world that have ever happened, no one [has ever] believe[d] it would happen to them.”

Benbenisty runs the CRI Counter Terrorism Training School in Las Vegas, which offers security courses to both individuals and groups.

Investigators determined after shooter Stephen Paddock killed 58 people and injured hundreds more at the Route 91 Harvest country music festival in October 2017 that the assailant had considered carrying out the massacre at the Life is Beautiful festival.

Records show that Paddock stayed at the Ogden during last year’s event. The 21-story condominium tower overlooks much of the downtown festival grounds — including the mainstage — where acts including The Weeknd, Florence and The Machine, and Arcade Fire will headline this year.

“As far as security with the anniversary coming up, I just want to assure everyone this event will go on as it has in the past,” Metro officer Larry Hadfield stated. “We will have our overwatch teams, which are basically snipers in high rises if there is an issue.”

Ogden’s homeowners’ association said in a release that it’s working closely with law enforcement to implement new security measures for the 2018 festival. They include more thorough inspections of tenants who recently took occupancy at the building.

Along with the Life is Beautiful concert, the daytime portion of the iHeart Radio Music Festival is being held this weekend at the Las Vegas Festival Grounds. The concert was previously held at Las Vegas Village, the same venue where the mass shooting took place.

No Harvest This Year

In the wake of October 1, many wondered if outdoor concerts would continue in Las Vegas. Commercial real estate services Colliers International executive Mike Mixer told the Las Vegas Review-Journal in the days after the Route 91 concert that using undeveloped land for outdoor concerts has been a good business concept for property owners.

“They’re taking basically a parking lot and creating an event that helps fill their hotel rooms,” Mixer said. MGM Resorts, which owns Mandalay Bay where Paddock fired from a 32nd floor window onto the crowd below, also owns the Las Vegas Village where Route 91 was being held.

Though iHeart and Life is Beautiful carry on, Route 91 Harvest won’t take place in 2018.

Design firm Studio 512 has created a whimsical guest dwelling for a Texas home that features angled walls clad in oversized shingles, and interior spaces that narrow and widen based on how they are used. Photograph by Casey Dunn Created for a television and documentary film producer, The Hive sits behind a bungalow-style main residence […]

Is buying a house a better investment than the stock market? We did the math, and the answer is clear

Joe Raedle/Getty Images Owning real estate is often the biggest financial commitment someone will make, while investing in stocks is generally a key component of building wealth. Using data from the Federal Housing Finance Agency and Yahoo Finance, we compared housing prices and stock prices over the past couple of decades. In that time, stocks […]

The National Weather Service has issued advisories for the Atlantic on Hurricane Florence, Hurricane Helene, and Tropical Storm Isaac. A state of emergency and mandatory evacuations have been ordered in the Carolinas, and a state of emergency has been ordered in D.C. The North Carolina REALTORS® have canceled the State of Real Estate and XCHANGE […]