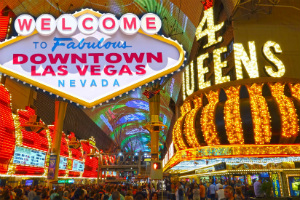 US governments on all levels, federal, state and local, received $40.8 billion in tax revenues from the rapidly growing gambling industry in 2017. The sector contributed $261 billion to the United States economy and employed more than 1.8 million people, a new study by Oxford Economics reveals.

The research, published this week by the American Gaming Association, uncovers the key role of the gambling industry in the nation’s economy. The latest data shows the striking impact of casinos on other sectors such as hospitality, finance, insurance, and real estate. The gambling business has also become a large employer, while tax revenue from it alone provides funds, which would allow for the hiring of 692,000 new teachers, says Sara Slane, senior vice president of public affairs for the American Gaming Association, in an official statement.

According to the American Gaming Association (AGA), casino gaming has expanded to multiple new markets in the past few years, supporting the development and funding of various community projects in education, healthcare, etc. In 2017, the total economic impact of the gaming industry was $261.4 billion. This figure refers to the business sales or the output, which includes much more than just casino revenues.

Instead, researchers at Oxford Economics took various aspects of the gambling industry into account. Native American casinos, for example, generated $33.7 billion in total revenue, while commercial casinos earned $55.7 billion, for a total casino revenue of $89.4 billion. Nearly $73 billion of it represents the gross gaming revenue, while the rest of the money was generated by lodging, food and beverage, and entertainment.

Another figure included in the 2017 statistics is the gaming manufacturers’ revenue, which totaled $6.3 billion. In addition, ancillary spending added another $13.3 billion – these are the purchases of casino patrons that are made outside the gambling facilities but are completely dependent on casinos. Overall, the total direct spending generated by the gambling industry last year was $109 billion. The commercial casino industry brought $40.8 billion in total tax revenues, $10.7 billion of which came directly from gambling.

However, the economic impact of the gambling sales far extends this figure and shows the sector’s actual potential for supporting employment and boosting revenues in many other industries. 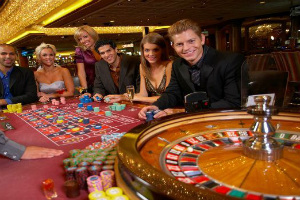 As mentioned above, local, state and federal governments received $40.8 billion in tax revenues from the casino and gambling industry last year. As city and state coffers were boosted by billions of dollars, a wide range of projects and services were funded such as hospitals, schools, public safety, infrastructure projects, educational programs, etc. Interestingly, the total tax impact per household was estimated – it was $343 per US household. In other words, every household in the country received a share of the taxes collected from the gaming sector in 2017.

One of the most important roles of the gambling industry is its influence on employment in the United States, according to researchers. The Oxford Economics study shows that commercial casinos employed 361,000 people, while tribal casinos employed another 198,000 individuals in 2017. The income generated from this labor was $26.5 billion, estimates reveal. An additional 17,100 employees worked for gaming manufacturers, earning $1.1 billion.

Patrons’ ancillary spending, as explained above, directly generated 151,000 jobs in other sectors, with $5.7 billion in labor income. The gambling business supported a total of 727,000 direct jobs that accounted for $33.3 billion of wages, salaries, and tips, the report reveals. That is not all, however, and researchers explain that the business activity of the gaming industry has, in fact, caused a chain effect that ultimately generated indirect labor income of $18.3 billion.

Last, but not least, casino workers, as well as employees in businesses directly or indirectly influenced by the gaming industry spend on services and goods from completely different sectors. As a result, the induced labor income last year totaled $22.3 billion. Overall, the gambling industry supported 1.8 billion jobs that generated $74.0 billion in salaries, benefits, and tips.

The post US State and Local Governments Rake in $40.8 Billion in Gambling Taxes appeared first on Casino News Daily.

When Should You Upgrade Your Visual Design Gear?

Worried about which pieces of design equipment you should upgrade and which are fine as-is? We’ve got you covered with this guide. A while back, we gave you a list of the best tools for a designer. It not only covered electronics but also sketchpads and non-design software — and even a backpack. Here, we’ll […]

5 Reasons to Buy a Home This Fall

Real estate markets ebb and flow, just like the seasons. The spring market blooms right along with the flowers, but the fall market often dwindles with the leaves – and this slower pace could be good for buyers. If you’re in the market for a home, here are five reasons why fall can be a […]