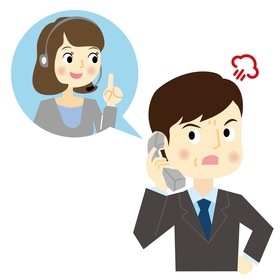 As long as human beings are a part of a business, mistakes are inevitable and, at some time or another, you’re going to deal with an upset customer. While many view these scenarios as either a loss or a break-even opportunity, I argue there’s much more value to be harvested and, if handled correctly, it can actually put you ahead.

Subpar customer service seems to have become so ubiquitous that it is the new par. As a client, this frustrates me, but as a business owner, I relish the opportunity to stand out. I’m not just competing against companies selling similar widgets or services; I’m competing against every other business you spend your money with, because I want to be your favorite customer experience (or at least the least painful), and nobody has ever stood out by just meeting expectations.

The benefit of making – and fixing – a mistake

As great as it is to be consistently flawless, your client may take you for granted or forget about you altogether if you never make a mistake that you then have to fix, as you’ll just fade into part of their routine, while also setting a subconscious expectation for perfection. In a way, you lose something extremely valuable that you probably put a lot of effort and money into getting: their attention. I believe the attention you get from your customers when you screw up can be more valuable than the attention you had when they were initially making the decision to buy, depending on what you do with the opportunity.

When we’re going through the initial purchase as a buyer, we’re mainly focused on the product details, often drowning out the salesperson while we calculate numbers or slip into daydreams about using it. Think about the last time you bought a car – what was the salesperson’s name? You forgot it as soon as you heard it because you were more focused on deciding between the premium and sports package. But when something goes wrong, that customer service rep on the other end of the phone has our full attention, and we’ve got their name, callback number, extension and agent number scribbled on our Post-it.

Billions are spent each year trying to get attention, even just for a split second sometimes, in hopes it’ll be the attention of a qualified buyer who is likely to make a purchase. Not only is that angry client on the phone a qualified buyer, but you’ve got their undivided attention – what are you going to do with it? If you go above and beyond to turn their situation around, you could stand out above your competition and every other business your customer uses. It only takes a little patience and effort.

So what should you do? Start by putting yourself in the shoes of your client – but take that a step further to understand the emotional and potentially irrational ego that’s controlling your client right now. “You’re a crook! You robbed me of my hard-earned money, because I was expecting XYZ and YOU ruined EVERYTHING!” That’s what your clients’ egos are screaming in their brains. Anger, fear and betrayal are all bubbling up and saturating their thoughts. You need some conversational aikido to disarm their attack and turn the situation around.

So, if I’m an upset customer, what does my ego need to hear to calm down?

An apology is a given and barely a start. It’s just meeting expectations and means nothing to a flared-up ego. Many businesses end it here, and you may as well tell the client to go fly a kite. Take the blame aggressively, blowing it out of proportion so even the irrational ego sees you’re taking the issue way more seriously than it is. If you didn’t have anything to do with it, share the blame anyway (“I’m sorry we didn’t XYZ and ruined your Monday”). A little self-flagellation goes a long way with the injured party’s ego.

2. Tell me what happened.

Show that you understand not only the problem, but what went wrong so I know you care and feel confident you can fix it. You don’t have to go into vivid detail – be very careful not to make it look like you’re putting the blame on someone else, even if it’s someone else’s fault. Not only does throwing someone under the bus look bad, it’s not what a disgruntled ego wants to hear.

Explain what changes you put in place and why this won’t happen to me again. Maybe even throw in “I’m going to personally XYZ to make sure this doesn’t happen again” if you can’t make a system or protocol change. The ego loves knowing you’re going to great lengths to care for it and give it special attention.

4. Give me something for my wounds.

Comp drinks, throw in a free shirt, or refund some money. The ego is wounded, and the only thing that’ll make it feel better than bombing your Yelp is an offering.

The frustrating truth is that one dissatisfied customer is much more likely to hit a review site than 10 satisfied customers, which can lead to a skewed rating average that costs your business an incalculable amount of revenue. We’re often asked if our Yelp score for FitFoodFresh.com is fake, because it’s a solid five stars out of over 100 reviews (at the time of writing this). I love pointing to a one-star review left by Ali B., which we managed to turn around into a five-star review just days later. Not only does that show the reviews are real (they can’t be faked, thanks to Yelp’s algorithms), but it shows just how effective our recovery game is.

By focusing intensely on controlling your perspective of the situation and considering that of your customer, you can calm the storm and even turn the tides in your favor. By consistently making the right small decisions, you can recover your fumbles, turn them into points on the board, and earn some dedicated fans in the process. Anyone can offer satisfactory service when everything goes right, but only a handful of businesses truly elevate themselves and their members’ experiences to a level that sets them apart and makes them worth sharing with friends.

While many people love the thrill of gambling, we don’t always enjoy the risk of losing real money. Hence, free casino games where no real money is necessarily involved are a great alternative. Free online casino games are also great ways to learn the games without any pressure as well as a good way to […]