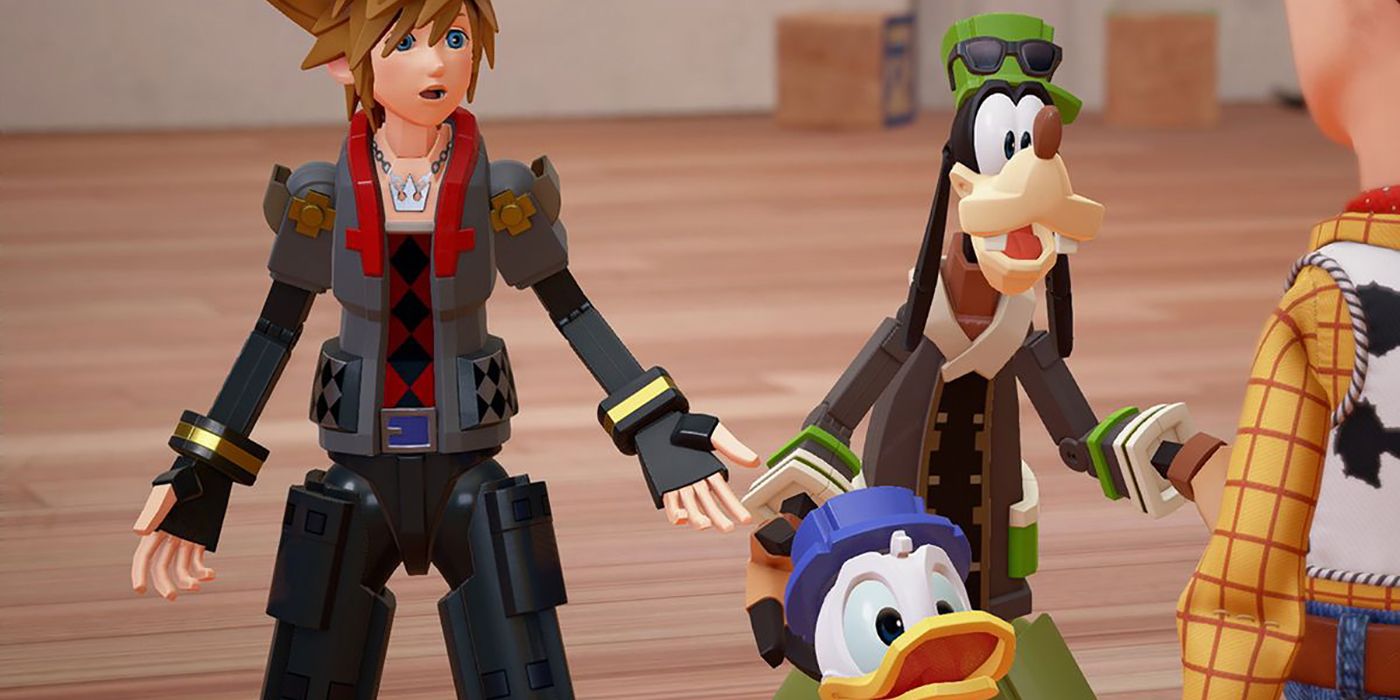 Gamers are warned that they will have to put in some serious hours to complete the upcoming Kingdom Hearts III. Expanding the Final Fantasy/Disney crossover into the biggest world yet, Kingdom Hearts III will also clock in as the longest game in the franchise’s history.
Finally rounding off Sora’s story some 14 years after Kingdom Hearts II released in Japan, the 2019 sequel promises to be an action-packed adventure. Returning to worlds like Olympus, Twilight Town, and the Realm of Darkness will be intertwined with new missions to Toy Story’s Toy Box, Frozen’s Arandelle, and Big Hero 6’s San Fransokyo. With so much to explore, it is no surprise that Kindom Hearts III will be a lot longer than its predecessors.
Related: Frozen Takes The Spotlight in Kingdom Hearts 3 Trailer
According to Geek.com, Kingdom Hearts III’s main story will take between 40 and 50 hours to complete, while taking on all the bonus missions and minigames will take the title to a whopping 80 hours of gameplay. Making up the impressive runtime is Sora’s main campaign alongside a whole host of other quests to keep players hooked. According to Square Enix, Kingdom Hearts III will include a cooking minigame with Ratatouille’s Remmy and some retro-inspired Mini Mouse side-scrollers that hark back to the ’30s and ’40s. Elsewhere, players pimping their mode of travel, aka the Gummi Ship, will also take up a fair bit of time. 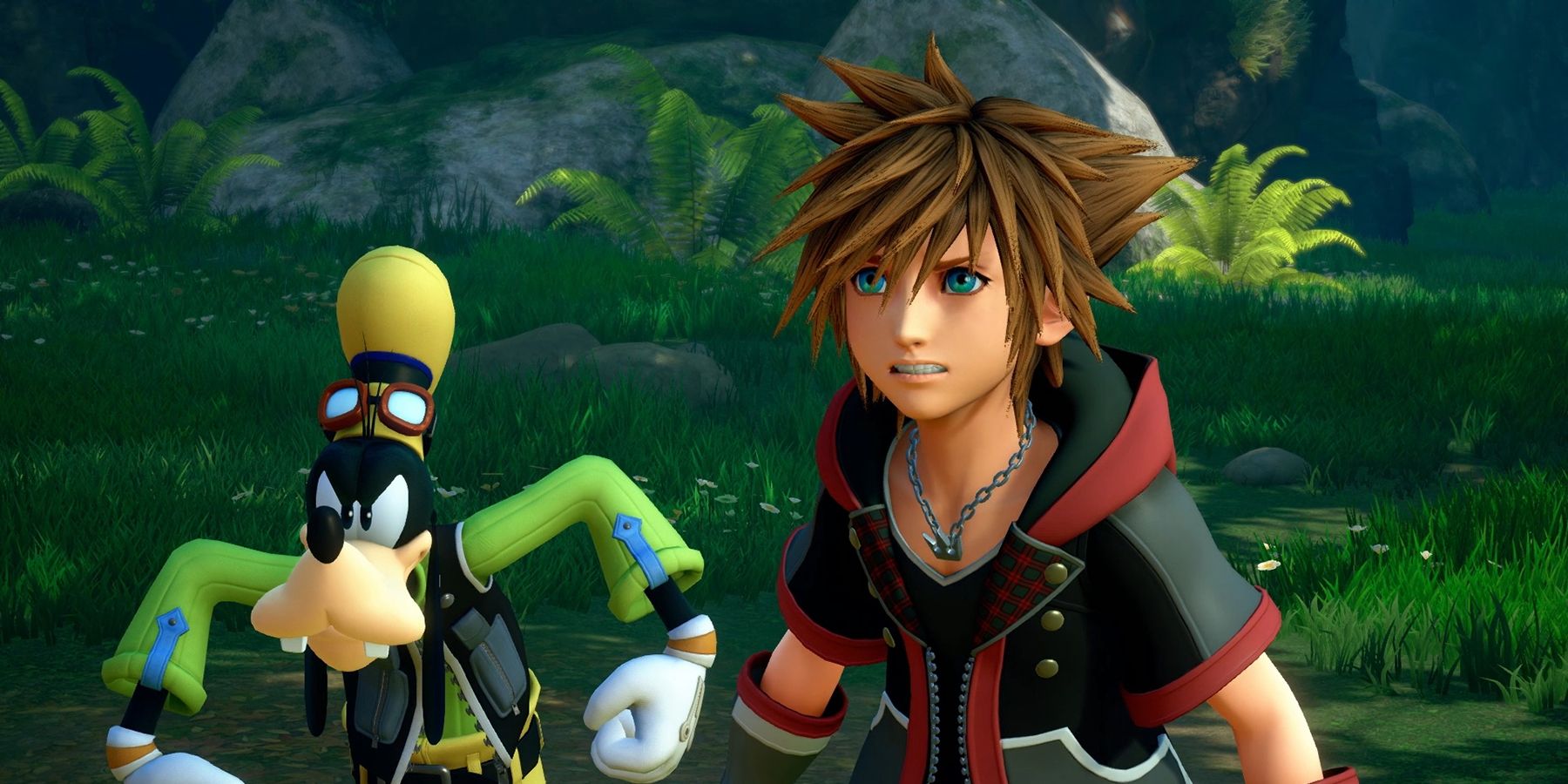 With the original Kingdom Hearts taking 27 hours to complete and Kingdom Hearts II demanding 32 hours, other games like Kingdom Hearts 358/2 Days and Kingdom Hearts 3D Dream Drop Distance required 26 and 23 hours, respectively. The series has been kept alive thanks to the various spinoffs and sequels, but there is no escaping the hype surrounding a presumed return to form for Kingdom Hearts III.
Given that Square Enix is known for its long games thanks to the likes of Star Ocean: Till the End of Time, Dragon Quest XI, and Final Fantasy VII, a supersized Kingdom Hearts III isn’t totally unexpected. With an extra-long game confirmed, at least gamers know a little more about what they’re getting for their money at the start of next year.
Considering there has been such a long wait in the development process of Kingdom Hearts III, it is undoubtedly a relief to loyal fans that the next chapter isn’t skimping on the material. With the extended wait, though, comes the hype that Square Enix can deliver something more than just the longest game in the series that is overstuffed with minigames and bonus features. Find out more when Kingdom Hearts III is released in January 2019.
More: The Biggest Winners And Losers Of E3 2018
Source: Geek.com

Steve Hill will take over the Las Vegas Convention and Visitors Authority (LVCVA) on September 1, and one of the first issues he plans to address after taking the reign is how the city can better understand the millennial. The self-obsessed millennial warrants a more thorough examination by the Las Vegas tourism industry, incoming LVCVA […]

Watchmaking sometimes does good for the community, and in the case of the new Pilot’s Watch Mark XVIII Edition from IWC, its specific cause is to benefit the Laureus Sport for Good Foundation, a charity that was founded as a consequence of Nelson Mandela’s challenge issued at the Laureus World Sports Awards in Monaco way […]