With a download size weighing in at more than double the original game, No Man’s Sky NEXT is a huge update to Hello Games’ survival space-sim, adding a host of new features and improvements.

When so much has changed, or you’re jumping in for the first time, the procedural universe can be a massively confusing place. But like the guiding light of the North Star, we’re here to shine a light and break down some of the basics like how to enter third person, how to use the Refiner, and why you can’t find the Sky Fleet Command Room. 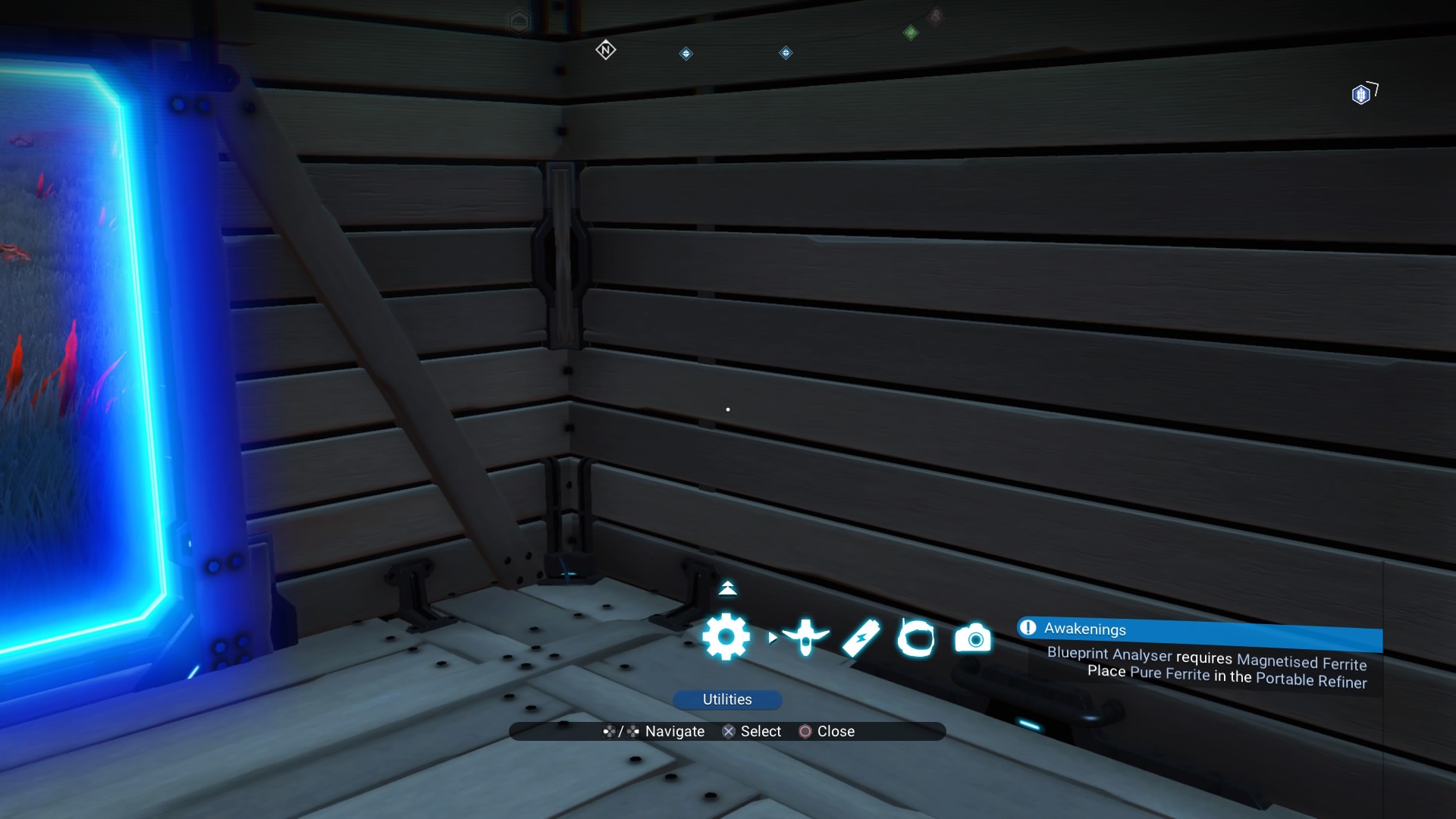 How to use the Refiner in No Man’s Sky NEXT:

In No Man’s Sky NEXT your Refiner is how you create more complex materials for your journey. It works by turning raw materials that you harvest from the landscape into more potent variants, giving you access to more powerful equipment.

To build a Refiner, you have to open the Build Menu while on foot (press up on the d-pad on console). The Refiner is about the fourth one to the right.

A simple Portable Refiner costs just 1 Metal Plating and 30 Oxygen to build. You can find Oxygen by scanning a planet surface and looking for a red “O2” diamond. Metal Plating is crafted in your exosuit inventory. To do this, open your exosuit inventory (press the touchpad on PS4) and hover your menu cursor over an empty slot. This should give you the option to “Craft Product”. Metal Plating is crafted from 50 Ferrite Dust which can be mined from common rocks on a planet surface.

Once you’ve built your Portable Refiner, approach it and hold the button or key to initiate “Maintenance” (Square on PS4). This will open a new menu. 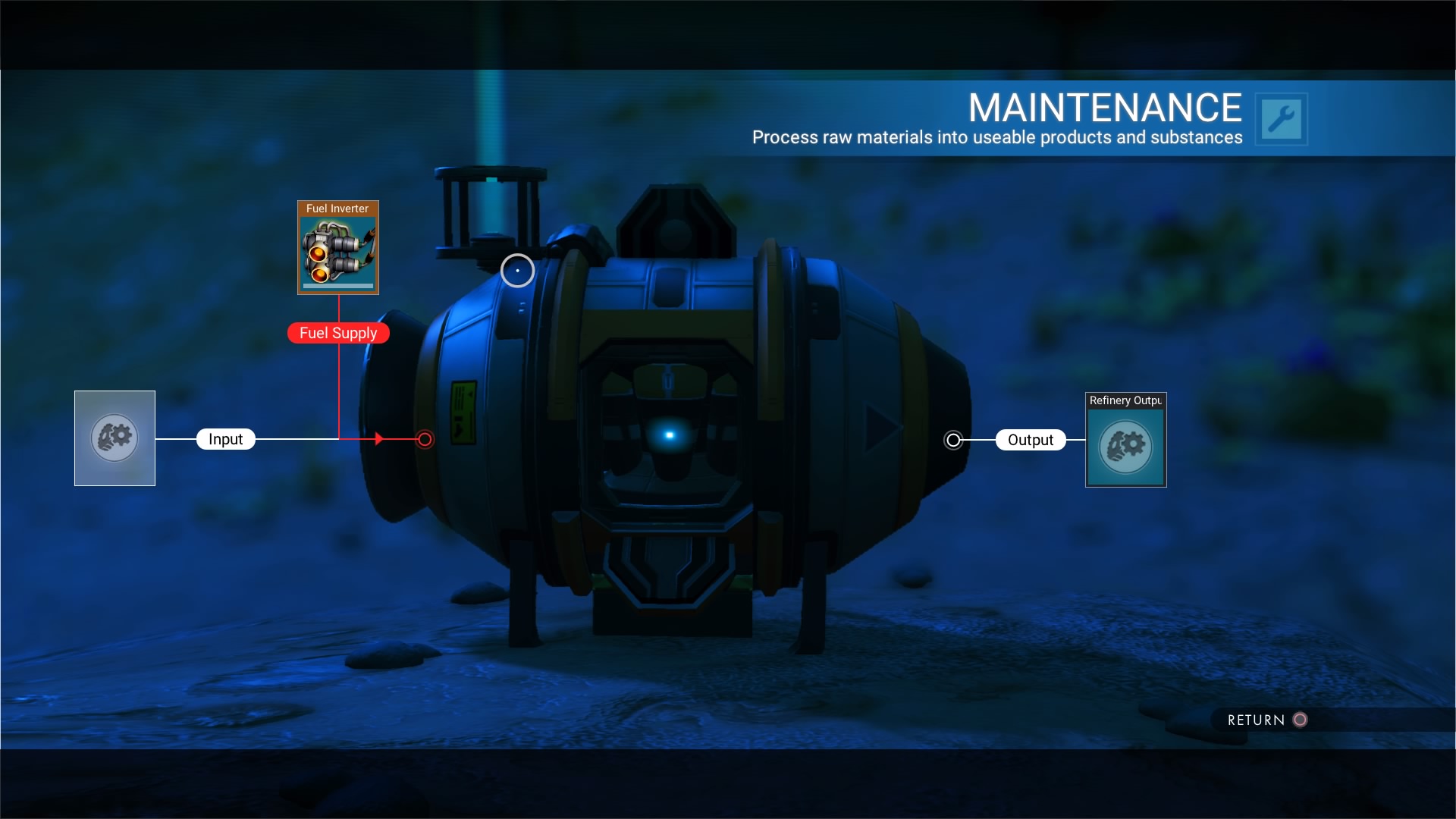 Hover over where it says “Fuel Inverter” to add fuel to the Refiner. You can do this by using Carbon or Condensed Carbon. Carbon is found commonly by destroying plants on many planets.

Once you’ve fuelled up the Refiner, add the raw material you want to refine on the left. Common choices include raw Sodium to make Sodium Nitrate. A pop-up will then tell you how much of the refined substance will be created by the reaction, as well as how long it will take. 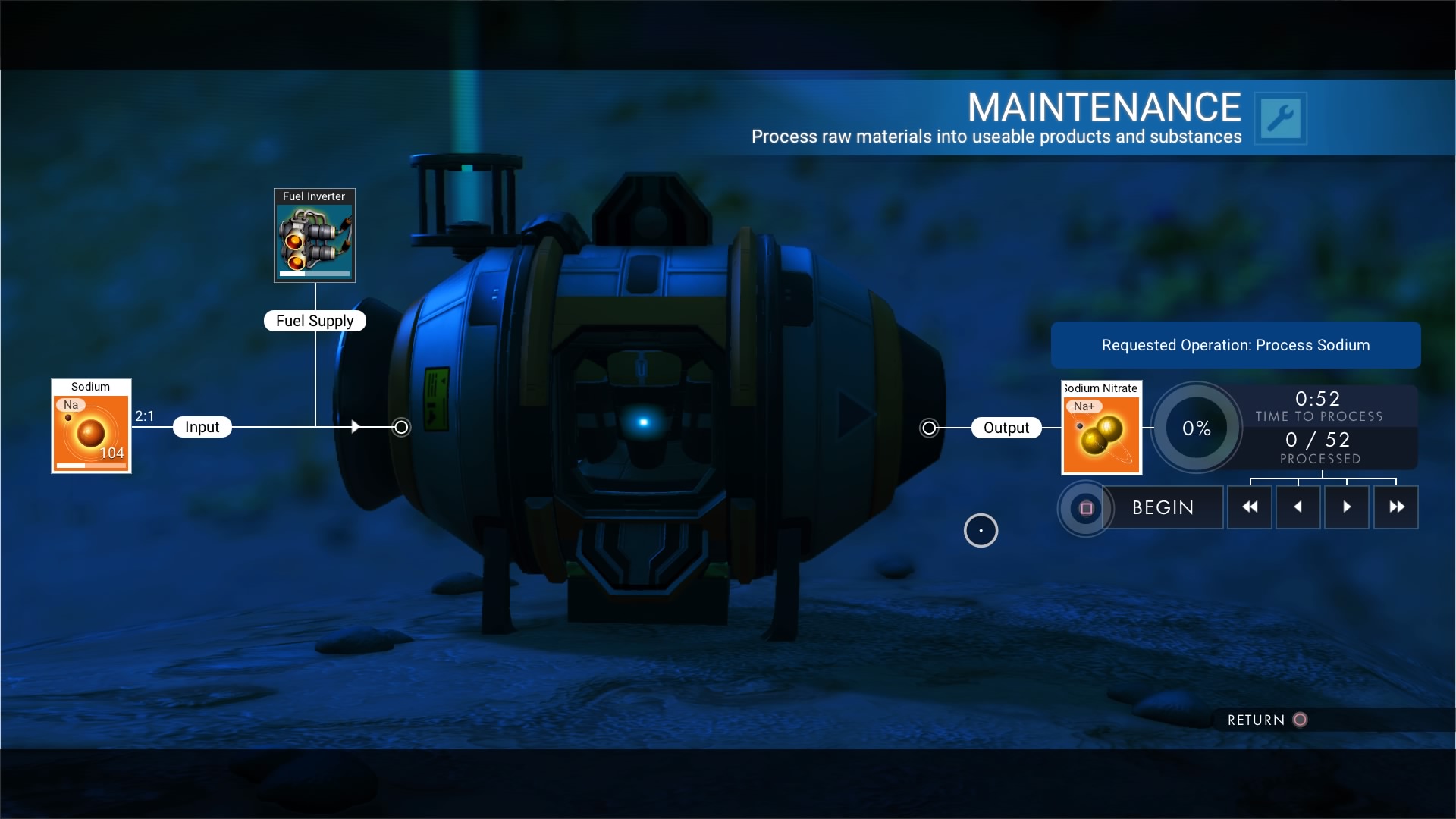 You can modify how many of an item you want to craft by pressing left and right.

Set the Refiner going and wait to collect your materials!

When you’re done, you need to remove any unused raw materials from the Refiner. You can then pick it up, which will return any unused fuel to your inventory, as well as the Portable Refiner.

Where to find the Sky Fleet Command Room in No Man’s Sky NEXT:

We’ve seen some reports around that some people are having difficulties finding the Sky Fleet Command Room on their Freighter.

This is a known bug that affects players in Creative Mode, so it looks like you won’t be able to access it properly until a fix rolls out.

Hello Games have addressed the issue on Twitter, saying that a patch is on the way soon:

People associate NMS with me, but it's made by a small team of extremely talented and hard working folks. They are incredible. First hotfix patch is in experimental on Steam and GoG. Patches for PS4 and XBox are working their way through Cert.https://t.co/IZR30RgowY

The NEXT update seems to have given No Man’s Sky a new lease of life. Check out the full patch notes to see everything new.

The post No Man’s Sky NEXT FAQs: How to switch to third person, how to use the Refiner, and where is the Sky Fleet Command Room? appeared first on VG247.

Speaking tests can be daunting for candidates. In fact, the oral paper is often the section of the exam where students feel the most nervous as they have to talk in front of an interlocutor. To improve your students’ confidence and chances of success in Pearson Test of English (PTE) General speaking section, we recommend […]

A Wonder Woman 1984 fan-created poster pays tribute to The Breakfast Club. As the most successful entry in DC’s cinematic universe to date, it’s no surprise that there are high expectations for Wonder Woman‘s sequel. Story details for the upcoming film are still scant, but the movie will see Diana Prince battle another villain, this time at the height […]