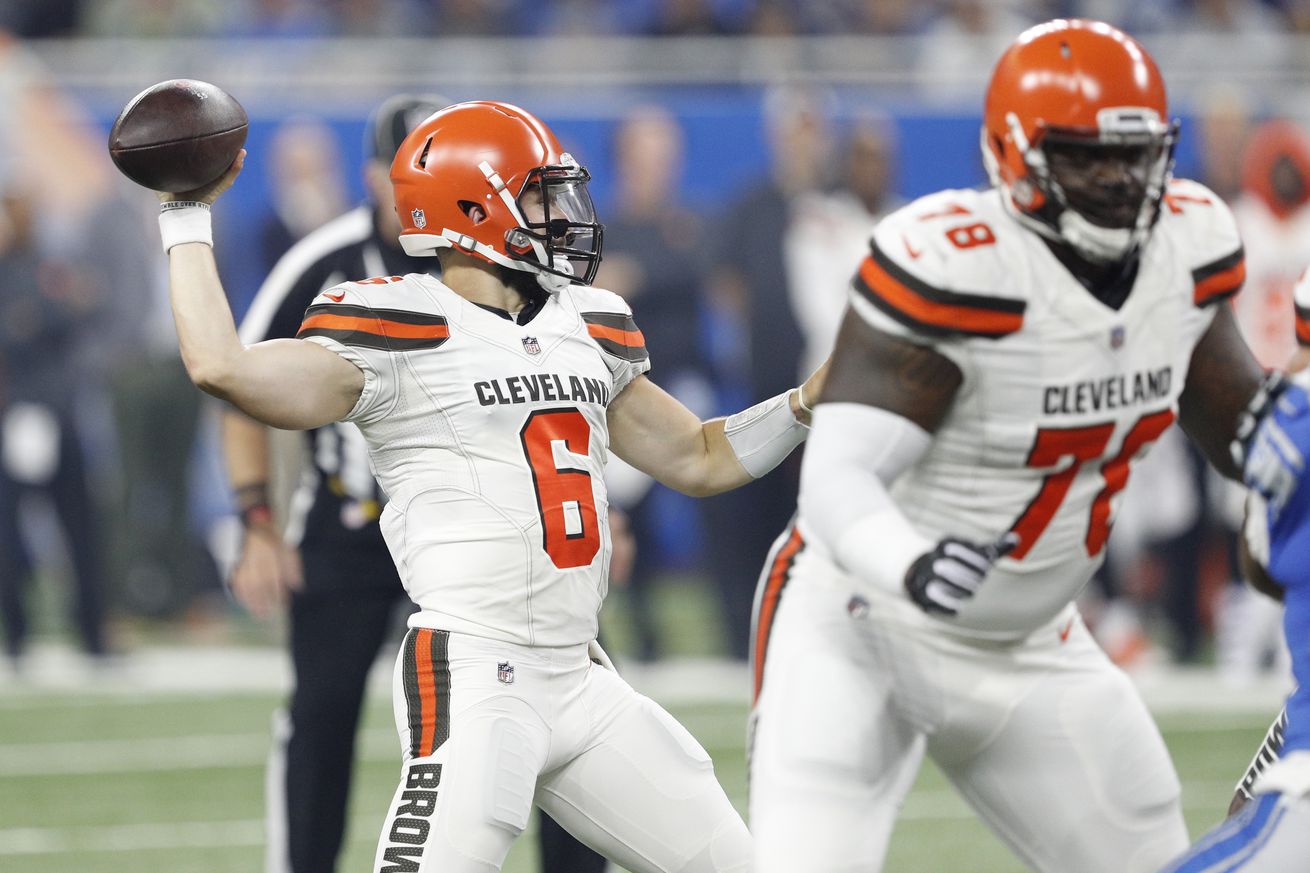 Every team is the league is one bad play from disaster. So who’s prepared for a doomsday scenario, and who’s screwed?

A good quarterback can win you the Super Bowl. A bad one can send you careening to a four-win campaign. For several NFL teams, the difference between the two is one season-altering hit.

We’ve seen that line disintegrate before. Deshaun Watson made the 2017 Texans one of the league’s most exciting teams over the span of seven games before a torn ACL brought a downgrade to Tom Savage and T.J. Yates — and a 1-8 finish. In the NFC, a broken collarbone forced Aaron Rodgers out of the lineup and left Brett Hundley to flail in his absence, dooming the Packers to a postseason streak-breaking 7-9.

But some teams are better equipped to handle a cruel twist of fate than others. The 2018 NFL season is finally under way, and with the exception of some midseason trades and low-level waiver wire maneuvering, all 32 teams have set their rosters. So which teams can feel the most comfortable with their backup quarterbacks? And who should be worried?

Here’s a look at all 2018’s backup situations, broken down by group.

These three were selected among the first dozen picks at the 2018 NFL Draft, and their ascension to starting status is all but certain — whether in 2018 or 2019. Rosen gets a special mention here since it may not take much to unseat Group 3’er Mike Glennon behind Sam Bradford, and Bradford’s injury history could make him Glennon’s backup if he doesn’t. Will these guys be better than the QBs in Group 2 this year? Maybe, but probably not. But they’ve got the biggest potential, so here they are.

Foles had a rough season opener, but he is still your reigning Super Bowl MVP. Hoyer may have been the best Browns quarterback of the past two decades. McCown ruined the Jets’ tanking process in 2017. Obviously there’s some variance within the category, but these are the players with whom your team can win — and on a good day, they could be the difference between winning and losing.

Brissett is somewhere in between “useful veteran” and “green chip prospect” thanks to last year’s 16-game tryout as the Colts’ starting quarterback. He won just four games in Indianapolis, but he also got sacked on 10 percent of his dropbacks thanks to an awful offensive line, so calling 2017 his upper bound seems rash. Daniel, uh, beat the Chargers as a starter in 2014 but keeps getting lucrative backup deals, so let’s stick him in here as well. Schaub’s here thanks to reputation at this point.

These players are solid fill-ins at the moment, but they could very easily become:

Group 3: The “oh god, we’ve seen this before” veterans

The fall from column A to column B is often a rapid descent, and we’ll see passers from the first group slide to the second throughout the season. That exchange works the other way, too. Griffin, the last starting quarterback to win a game for the Browns, could restore his value with the Ravens after doing enough to convince the club to keep three quarterbacks this fall. Smith has been better in recent years after a disastrous start in New York and the Chargers liked him enough to cut bait on Cardale Jones. McCoy is never quite as bad as you’d expect, but never as good as teams would like him to be.

The rest of the group is dotted with players who’ve long since reached their ceilings, and a handful that are shrinking away from it.

These players are mid-round draft picks who could become useful starters at some point down the line. However, if they’re already 2+ years into their careers, they’ve likely leveled off as backups. This group of young, low-risk passers could produce a high-value player in the right situation — but for the most part, you can’t expect much in 2018.

Green Bay bet Kizer’s horrible rookie season was a product of his environment when it shipped a starting cornerback to Cleveland in exchange for the second-year passer. Kessler is another player who should benefit from leaving Ohio — he was the Browns’ best QB as a rookie in 2016. Dobbs played well enough this preseason to convince the Steelers to release Landry Jones (a Group 3 guy), but now he’ll have to beat out rookie Rudolph to earn Ben Roethlisberger’s annual missed start against the Browns.

Lauletta is faced with making the leap from FCS to the NFL as a rookie out of Richmond, but he’s got some Jimmy Garoppolo potential. Kelly sneaks into this group and out of group 5 thanks to a solid preseason that former first-round pick Paxton Lynch expendable. McCarron is probably more of a Group 3 guy than a Group 4 guy, but teams keep giving him a shot (?) based on his potential (??), so here he lands.

These are the guys who are still young, but are unlikely to leave a positive mark on the game in 2018. Hundley was dreadful in relief of Aaron Rodgers last season, failing to throw a touchdown pass at Lambeau Field despite five starts at home. Driskel is a 2016 sixth-round pick who struggled in college before transferring to Louisiana Tech for a victory lap against non-Power 5 opponents. Heinicke is a former undrafted free agent with one career NFL pass under his belt. Rush threw one touchdown pass and four interceptions this preseason.

Bridgewater is a special case; a category unto himself. The former Viking was an ascending starter after two seasons in Minnesota, then a horrific knee injury threatened to end his career. He’s only thrown two regular season passes since 2016, but he looked good enough in the preseason to convince

Is Bridgewater just an insurance policy for Brees? Is he the Saints’ future at the position? With only a one-year contract in hand, he’s stuck somewhere in between for 2018.

Most of us know that the color of our hair, or whether we have a chin dimple, or the likelihood of going  bald when we get older has something to do with genetics, but other traits — being a morning person, having an aversion to cilantro or getting irritated  at hearing someone chew their food […]