In the emails he writes for Last Bottle, a daily purveyor of fine wine, he uses way too many exclamation points. He also uses the caps lock key with reckless abandon and doesn’t really care about being grammatically correct.

Here’s an example of what you might find from Last Bottle in your inbox.

PRIME, baby. It’s not just for beef, Amazon and bank rates anymore, no, no, all that has been eclipsed by this head-spinningly good PRIME Napa Cab!! We can’t tell you how we scored this extraordinary deal, but there may have been martinis involved, just sayin’.

Man, we loved this hot-off-the-press rosé so much, we put it in our coffeemaker instead of water this morning. Totally kidding, but….dude!! Nothing but awesome to drink with utter abandon ALL DAY, all night, man, even in our water bottle, just a CRAZY buy on legit Provence rosé that we hand-selected earlier this year.

Throw everything you thought you knew about email marketing out the window and step into the frenzied, grammatically inconsistent and brilliantly chaotic world of Last Bottle emails, the only marketing emails I read every single time they hit my inbox.

Stefan does not read about email marketing. He doesn’t listen to podcasts or read blogs on the topic. If you ask him about brands that inspire him, he can’t name one because he doesn’t really follow any.

In fact, he doesn’t even read most of the responses that come through from customers. And yet the emails he writes for Last Bottle have a 20% click-through rate (a solid CTR in general is at 2% in eCommerce according to MailChimp) and roughly 40% of his 150K subscriber list have made purchases.

Stefan does not read about email marketing. He doesn’t listen to podcasts or read blogs on the topic.

Stefan is not a born marketer, but he was a born wineo. He grew up near Sacramento in California and as a teen liked to put on his Dad’s sportcoat and try to get into some of the wineries. He’s worked in tasting rooms, as a hotel sommelier, and eventually got into the eCommerce game by helping a wine company start selling online. When that company folded, he and a friend started selling high-end wines from private cellars.

Then six years ago they had the idea for Last Bottle. “Deals were always coming along so we figured we’d start a side company selling wine at steep discounts, just in small batches and maybe do a deal a day.”

What started as a side business now makes up 99% of their business. “It’s resonated with so many people,” he says. “It’s not a bad gig.”

It’s Way Easier To Write About Stuff You Really Dig

Stefan loves wine. He’s the type of guy that loves wine so much, he once convinced a local newspaper in Anchorage, Alaska to let him write a column about it while he was living there.

“It was called ‘Wine of the Week’ and it was to spotlight a lot of the great wines that were in Anchorage,” he says. “Local wine shops started hanging my column up and eventually wineries in Napa started inviting me to come and sample their wines.” Stefan realized pretty quickly that he could make a career out of this whole wine thing – and maybe even continue to write about it.

“It’s easy to be enthusiastic when I write our newsletters because we have the luxury of picking stuff we really dig. There’s a tons of junk we could use that we could make a buck on. Sometimes we taste a wine and think, ‘This is awful!’ and then three weeks later we see it on a competitors site. But we’re not in it for that.”

Stefan doesn’t think he could write this enthusiastically about any topic, which is part of the magic of the Last Bottle emails. If you’re the CEO of a company and you’re particularly passionate about your business, try churning out a few marketing emails on your own. You might just surprise yourself.

Cater To Your Customer

Wine is traditionally a topic that can intimidate people. “Our goal is to make people comfortable about something that’s often uncomfortable,” he says.

The Last Bottle customers really like wine, but they also like a bargain. They want to trust that a wine is really good but they also aren’t sommeliers-in-the-making.

“Much of my online life was focused on the high-end so I’d be dorking out about vintages and what kind of slope this is on and if there’s limestone in the soil, but not here,” he says. “Here we’re talking about the joy of wine, the enthusiasm that you get when you drink it. Younger people especially don’t care if their grenache is from Spain or Medocino. They want to feel like they are getting a good wine and a good value and I think we nailed that combo.”

By sticking to his own gut about how to educate people about wine, Last Bottle has managed to carve out their own niche in the wine market, one that has its very own voice in the industry.

“Our goal is to make people comfortable about something that’s often uncomfortable,” he says.

Try Different Voices Until You Find The Best One

If you’ve ever picked up a copy of Wine Spectator or Food & Wine the tone is sophisticated, maybe even a little haughty. Nobody writes a wine newsletter that’s as accessible as Last Bottle.

Love Pinot Noir? Then DROP what you are doing, please, pull over the car, walk OUT of your office, and snag this quick!! Ever wanted to know what a $150 bottle of good Burgundy tastes like? Want to do it for $22?? HERE. YOU. GO.

“We really want to appeal to a broad range of people,” he says. “I’m writing the newsletter right after I taste the wine and it flows out of me. I generally feel super enthusiastic about the wine so our emails sorta follow suit.”

Take a few cues from Stefan and don’t be afraid to have fun with your emails. Show off your personality and break all of the email marketing rules you’ve set for yourself.

There’s a lot of pop culture commentary, funny slang and witty humor in the emails from Last Bottle. Naturally, lots of customers want to engage with a brand that is so compelling. But alas, Stefan probably won’t read your email if it does come through.

Ah, yeah…it’s really important that you do whatever you need to do (unless you are skydiving or something) to PLEASE grab this all-time Italian CLASSIC at what can only be described as a Bruce Lee/ChuckNorris/Sigourney-Weaver-in-the-original-Aliens-movie level deal. We are….nearly….speechless today.

“My partner Cory and I really tried to isolate ourselves from criticism, good or bad, so we don’t get distracted from what we’re doing,” he says. “Wine Berzerkers is a big forum on the internet, you can quickly get in the mindset of negative feedback, so we stay away so we don’t get influenced.”

Lesson learned: don’t pay attention to what your competitors are doing and you may end up standing out in the crowd.

Find The Formula That Works Best For You

Stefan has always trusted his gut about his approach to writing and it has paid off.

Here’s how he composes the Last Bottle email every morning. At around 8:30 a.m. he heads to the tasting room, pops open a bottle and takes a sip. He snaps a photo of the bottle in his hand. 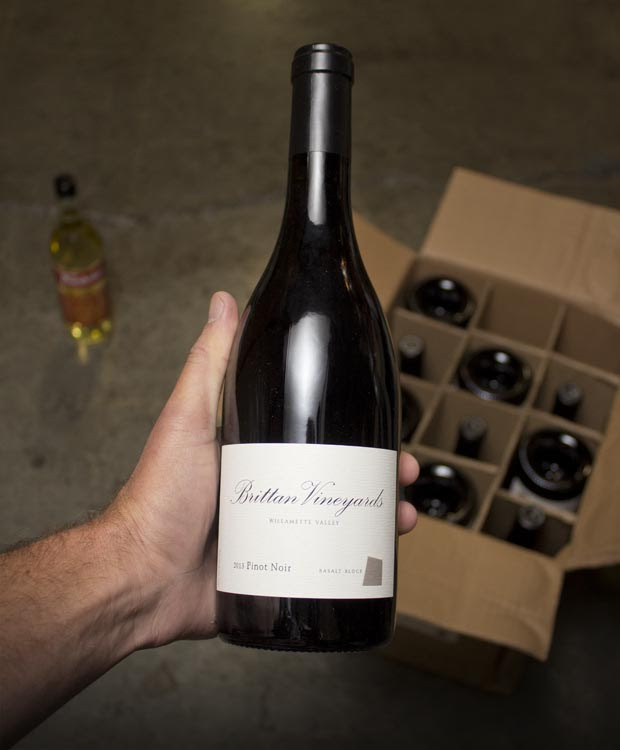 From there he heads to his desk and writes the first things that come to mind about the wine. Then he finds the hook.

There’s no real trick here and not every writer – professional or otherwise – can knock an email out of the park seven days a week in under 15 minutes. “One of my greatest contributions to this company is how quickly I can get these done,” he says. “Honestly, I just feel it.”

Here’s how he composes the Last Bottle email every morning. At around 8:30 a.m. he heads to the tasting room, pops open a bottle and takes a sip.

Whether you write your best in the morning or at 3 a.m. in front of the TV, take some writing cues from Stefan and don’t force it. Instead, just do what feels most natural to you.

If you want to flaunt your email marketing specialist skills, we suggest following what we’re now calling the “Five Step Stefan Approach”. You ready?

1. Write with passion at your most creative time of day
2. Ignore competitors, customers and everybody that has an opinion
3. Have fun and let your pen flow freely
4. Experiment with different voices
5. Stick with what works – even if every marketing article in the world says it shouldn’t

If you’re looking to hire someone as email savvy as Stefan to join your team, find a pool of candidates by posting your job on our eCommerceFuel job board. Between our podcast, email list and website we reach over 80,000 people a month. Post a job today.

The post The Unorthodox Email Marketing Approach of Last Bottle Wines (And Why You Need To Be More Like Them) appeared first on eCommerceFuel.

Posted on September 26, 2018 Author Will Robins

While it’s standard practice for an MMO’s world and story to evolve through regular updates, no developer goes quite so far as ArenaNet does with Guild Wars 2. The studio frequently releases new episodes of its Living World Seasons that have enough content in them to fill a whole expansion. Each chapter introduces new areas, […]

Influent Review: Learn a New Language Inside a 3D Dictionary

Kids these days don’t know how good they have it. When I was a child studying French in school, the most advanced language-learning technology available was an audio cassette player. These days we have Skype, Anki, and a zillion other apps and gadgets that make learning a new language easier than ever. One such app […]