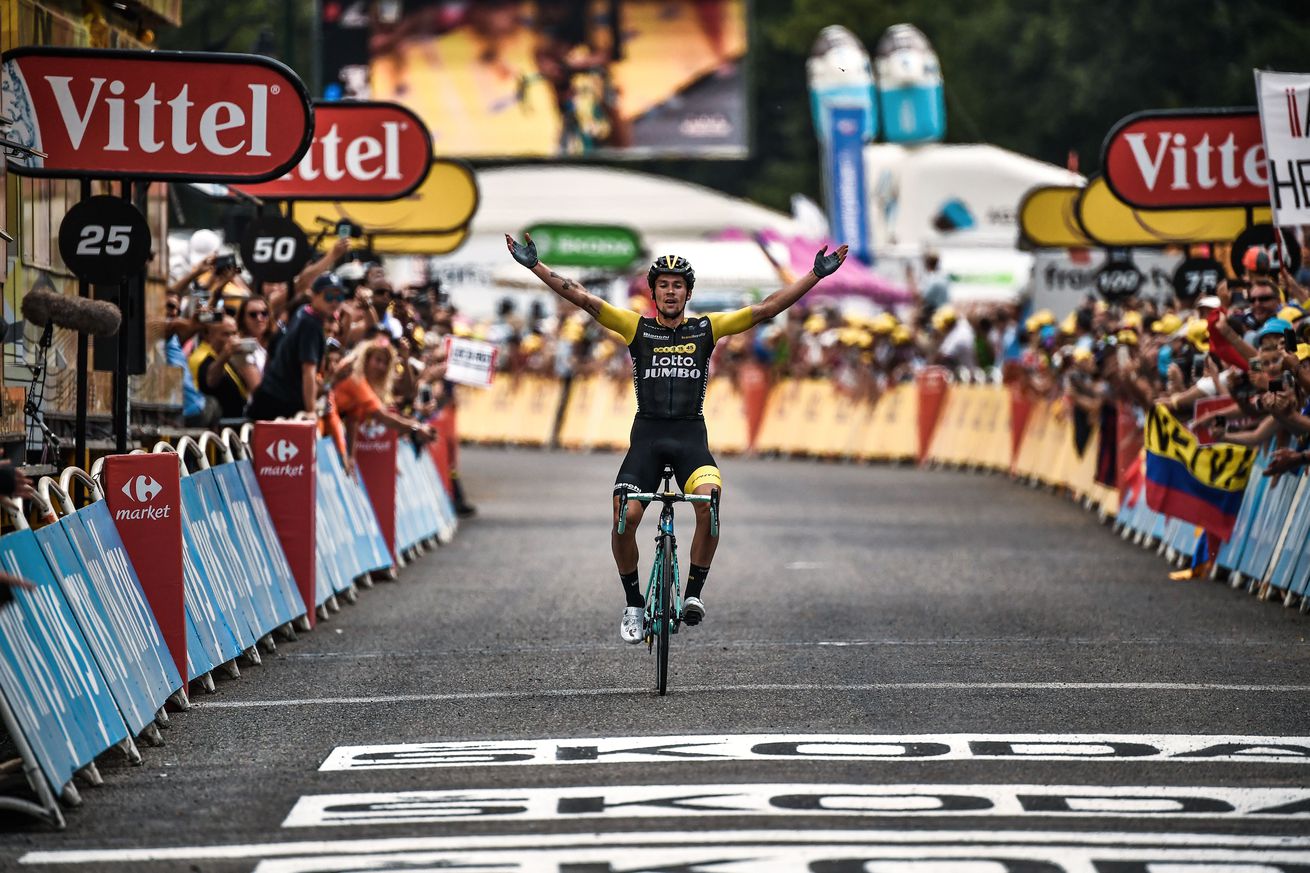 The last real day of racing at the Tour de France is finally here, and it’s going to be a doozy of a time trial.

Oftentimes we come to Stage 20 of the Tour de France — the last real day of racing ahead of Sunday’s largely processional day in Paris — and there isn’t much of a competition left. That’s mostly the case here — Geraint Thomas should win the yellow jersey, and Peter Sagan and Julian Alaphilippe will win the green and polka-dot jerseys, respectively, as long as they (*drives to Home Depot, knocks on every 2×4*) stay upright through Sunday’s finish line.

This year, however, there is one really interesting battle left. Tom Dumoulin, Primož Roglič, and Chris Froome are current placed second, third, and fourth, respectively on the general classification. Just 32 seconds separate Froome and Dumoulin, and all three are excellent time trialists.

This is how the trio finished at last year’s World Championships:

These three men have all raced fabulous Tours in their own rights, and all that’s left is a time trial … which would normally be good news but their closest competitors are as good or better in the discipline than they are. In fact, they are the best in the world.

Time trials don’t always make the most compelling stages to watch, but Saturday’s should be about as much fun as one could hope for.

Racing will begin at 6 a.m. ET (noon local time). Riders take the course in reverse order of the general classification at 90-second intervals, meaning 145th-place Lawson Craddock will be the first man down the ramp, and first-place Thomas will be the last at (if schedule holds) 10:29 a.m. Dumoulin, Roglič, and Froome will all be on the course together shortly before then.

NBCSN will begin broadcasting the stage at 7:30 a.m., as will the NBC Sports app. Commercial-free coverage for NBC Sports Gold subscribers will begin at 5:50 a.m. And if you have a subscription to FuboTV, you can also access coverage.

The profile of the course is long, hilly, and highly conducive to time gaps: 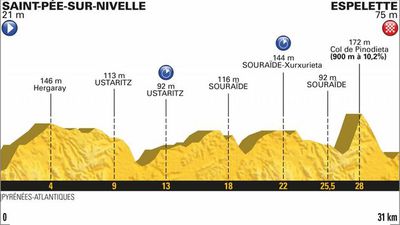 In theory, reining world champion Dumoulin should be the favorite to win, but it’s hard to say who is in the best form at the end of three brutal weeks of racing. Roglič certainly looked like the strongest of the final three podium contenders during his Stage 19 win, but anyone who claims to know what the hell is going to happen is lying to you.

It’s nice when the Tour has a proper finale.

Every season, fantasy football features the usual list of notable names. Todd Gurley, Aaron Rodgers, and Antonio Brown are going to carry you to glory in 2018. If you can land one or more of those big names, you will be in a strong position right out of the gate. However, fantasy football championships are […]

Richard Gere has found love again with new wife Alejandra Silva, and now they’re going to have a baby! On Sunday, the 35-year-old activist announced in a photo with Gere, 69, and the Dalai Lama, 83, that the couple is expecting their first child together. (Gere has 18-year-old son Homer James Jigme with ex-wife Carey Lowell, 57, […]

If watch brands were Facebook relationship statuses, Franck Muller would be “It’s complicated”. Not because the Swiss-based manufacturer has commitment problems but, rather, quite the opposite. Since its beginnings in Genthod – located in the countryside of Geneva – the innovative brand has been committed to upholding its reputation as the “Master of Complications”. And […]