GTA Online has been offering weekly updates with new content since the After Hours expansion launched last month. This week is no exception, but there’s one especially notable feature: An upgraded version of the Oppressor hyperbike.

The original Oppressor was a rocket-powered motorbike that quickly became a fan-favorite. The Pegassi Oppressor Mk II is a new model with a freaking jet engine strapped underneath. If you need to get somewhere in a hurry, odds are the Mk II will get you there. 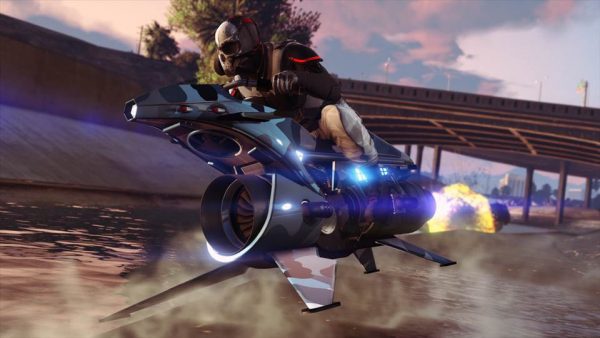 And that’s just one feature: Tomorrow’s update also includes the Benefactor Terrorbyte, a custom command unit that can be deployed just about anywhere. Its “Nerve Center” includes turret, drone, and missile battery stations, along with a Vehicle Workshop that can be used to customize the Oppressor.

The Terrorbyte computer also provides access to six new Client Jobs. You missions will include hacking secure data, acquiring jewelery, and robbing money that was successfully stolen by bank robbers.

Both the Opressor Mk. II and Terrorbyte will be available on August 14, 2018. You can locate them from the inventory at Warstock Cache and Carry.

How to Build an Outdoor Living Room

Overview There’s nothing quite like kicking back on your own Patio—until the sun starts cooking you or the rain begins to fall. But you can easily double your time in the great outdoors with this beautiful pavilion. Just think—no more rainouts during your next barbecue! And with a roof, you can relax on dry, clean, […]

Pepsi wants its staff to work from anywhere

NEW DELHI: After more than a dozen senior to mid-level exits over the past six months, beverage and snacks maker PepsiCo has kicked off a ‘location-free’ roles strategy in a bid to retain talent and offer some employees opportunities to handle global functions without having to move out of India.About 10% of the positions at […]

CNN Former CIA analyst Philip Mudd got into a heated argument with Republican strategist Paris Dennard on Friday after Dennard suggested Mudd made “more money” from consulting firms because of his security clearance. “Twenty-five years in the service and this is the s–t I get? Get out,” Mudd said. The debate comes amid President Donald […]