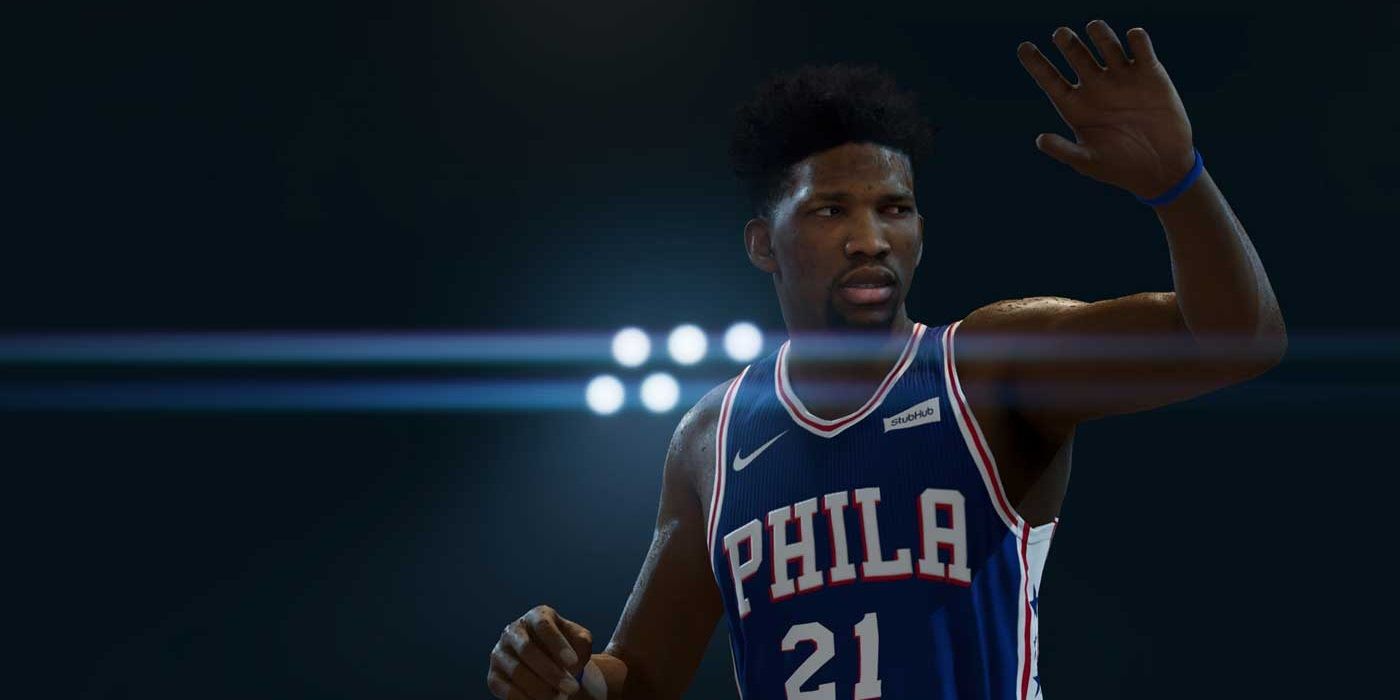 NBA Live 19 is the underdog of basketball video games. Although its developer EA Tiburon is one of the bigger names in sports gaming, the Live franchise has been coming up a distant second compared to its competition. NBA Live 19 makes strides to correct that problem and it’s easily a superior game to NBA Live 18. Gameplay has been refined and some exciting new features have been added, but better doesn’t necessarily mean the best. NBA Live 19 still comes up short.

NBA Live 19 isn’t a bad game and the series is is closer than ever to seriously challenging its main competitor, NBA 2K19, but it can’t quite sink the three it desires. This year’s game offers a stronger core experience but a lack of variety in features, an unremarkable story, and unnecessary microtransactions hold NBA Live 19 back from true glory.

If there’s a single area where NBA Live 19 excels it’s in the gameplay. Though still a basketball simulation style game, NBA Live has a wonderful pick up and play feel. Controls are intuitive and clear. It’s extraordinarily easy to succeed even for the most casual of basketball fans. If the mechanics do feel overwhelming there are helpful tutorial modes to alleviate the pressure. On just a fundamental gameplay level, NBA Live 19 is an entertaining and welcoming basketball gaming experience. 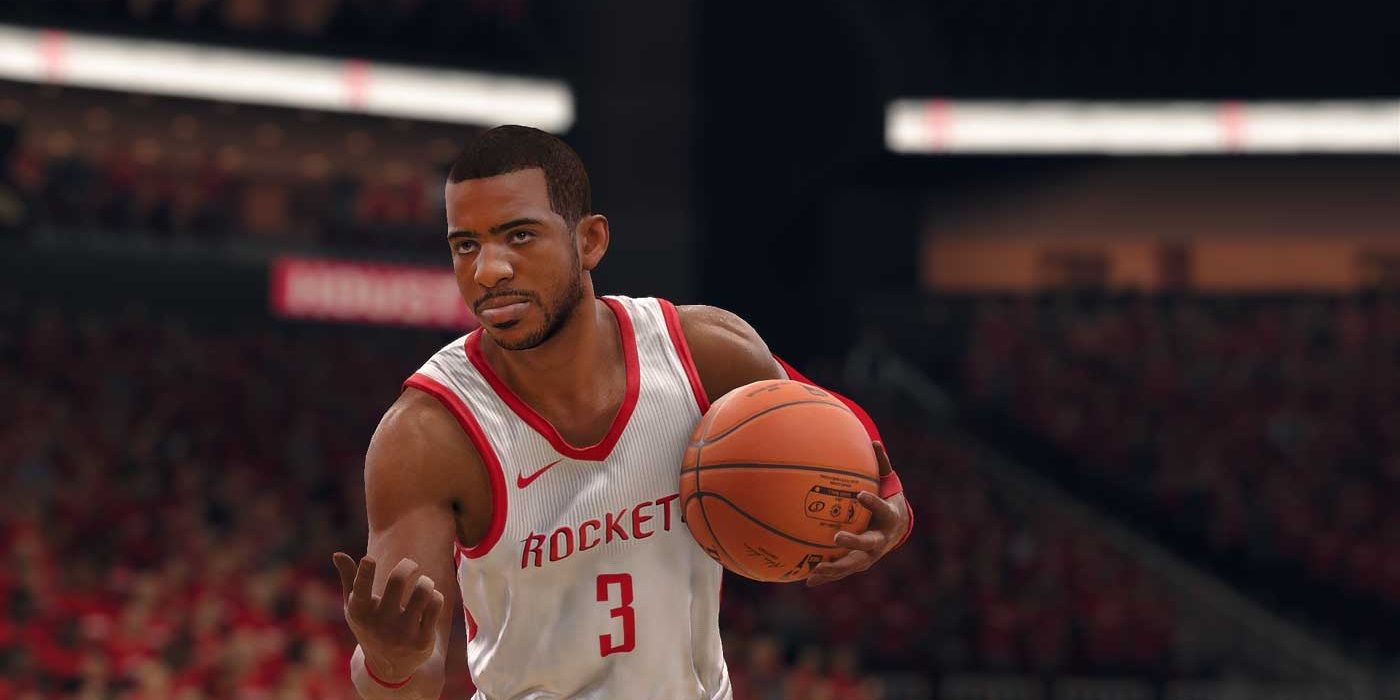 The issues for Live begin to emerge once you focus outside the core basketball mechanics. NBA Live 19’s biggest sin isn’t in what it lacks. NBA Live 19 doesn’t really push anything forward. It’s a barebones basketball experience with most of the standard modes and only a couple standalone features. Even the most significant selling points of NBA Live 19 come with drawbacks.

For example, NBA Live 19 carries over the full integration of the WNBA from NBA Live 18. It’s possible to pick a female team and play with them in almost all the game modes. A brand-new addition though is the ability to create a custom female character to use in Live’s story/career mode. This is a fantastic and welcome addition and gives NBA Live a leg up on the competition. Unfortunately the customization only goes skin deep.

There’s no real change to the story mode, “The Rise,” if the playable character is male or female. Even worse “The Rise” is hollow and meaningless as the choice between a male and female protagonist. It’s occasionally fun but overly simple. “The Rise” is a rather standard sports story mode where a single player’s career is charted from its origins to their (hopefully) meteoric rise. It’s a poor substitution for the much more robust and impressive MyCareer mode of NBA 2K19. 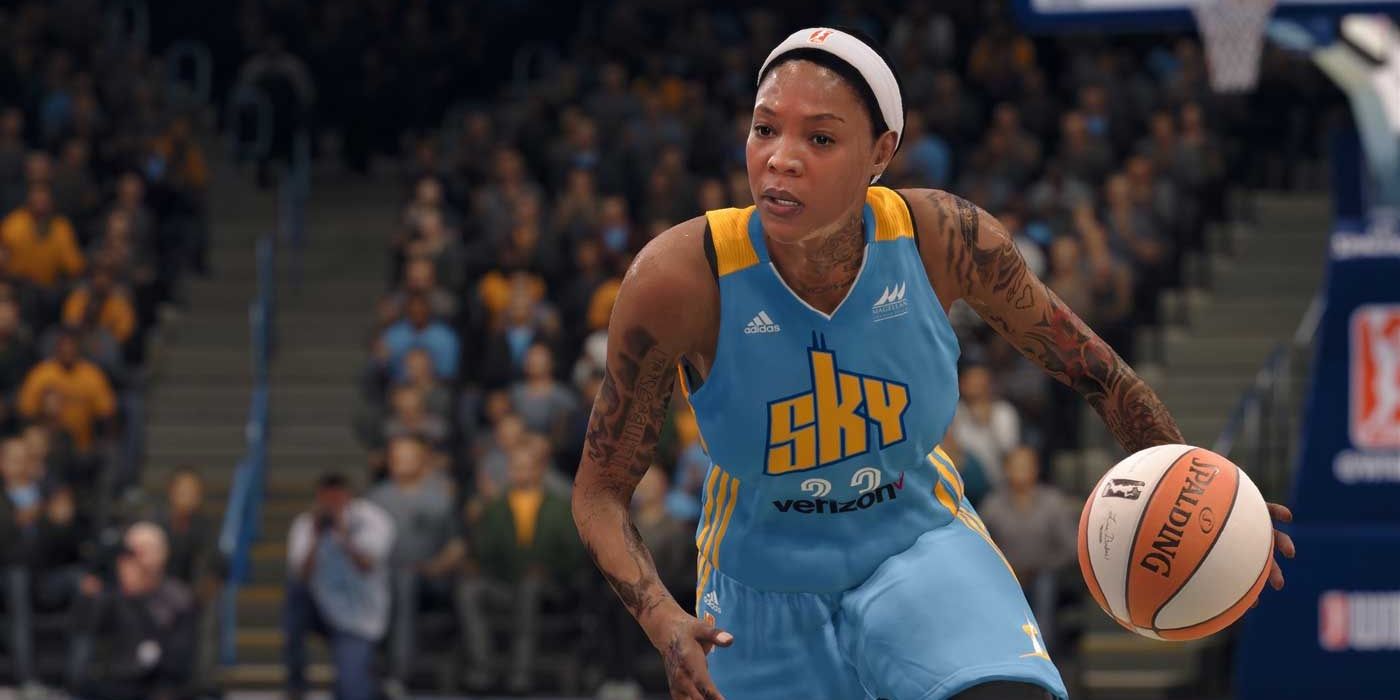 NBA Live 19 doesn’t quite execute well in what it’s trying to offer and this is especially obvious in the presentation. NBA Live’s commentary and overall production value are poor. The players look great and the animations are much better than last year, though there are some occasional hiccups. Animations don’t save NBA Live from being a rather soulless experience in single player.

Commentators Ed Cohen and Jay Williams don’t have a bad delivery. The issue is that NBA Live 19 didn’t record them enough. Commentaries for an average NBA Live 19 match will repeat the same insights multiple times, feel very disconnected from the action and easily damage the mood and immersion of a bout. Every time Cohen or Williams inserts the name of one the teams like a robot in need of a caffeine fix there’s an immediate reminder that this is a rushed video game. Music selection is just as slim and disappointing. It doesn’t matter how much fun the gameplay is if everything around it is sterile and unwelcoming.

The harshest criticism of NBA Live 19 should be saved for the game’s Ultimate Team mode. A staple of all the games from NBA Live’s publisher, EA Sports, Ultimate Team allows players to create their “perfect” basketball team using players of the past and present with their own very special stats. It’s a fun concept but NBA Live 19 riddles the mode with microtransactions. Players, uniforms, coaches and even stat boosts are unlocked from card packs, which are purchased with in-game currency. It incentivizes pay-to-win in a greedy, unfair, and outdated way – and the mode is online. The richest gamers are the “best” ones. It’s particularly disappointing as Madden 19 managed to keep Ultimate Team’s microtransactions under wraps. NBA Live 19’s microtransactions are just as transparent and money-grubbing as those in Star Wars: Battlefront II. 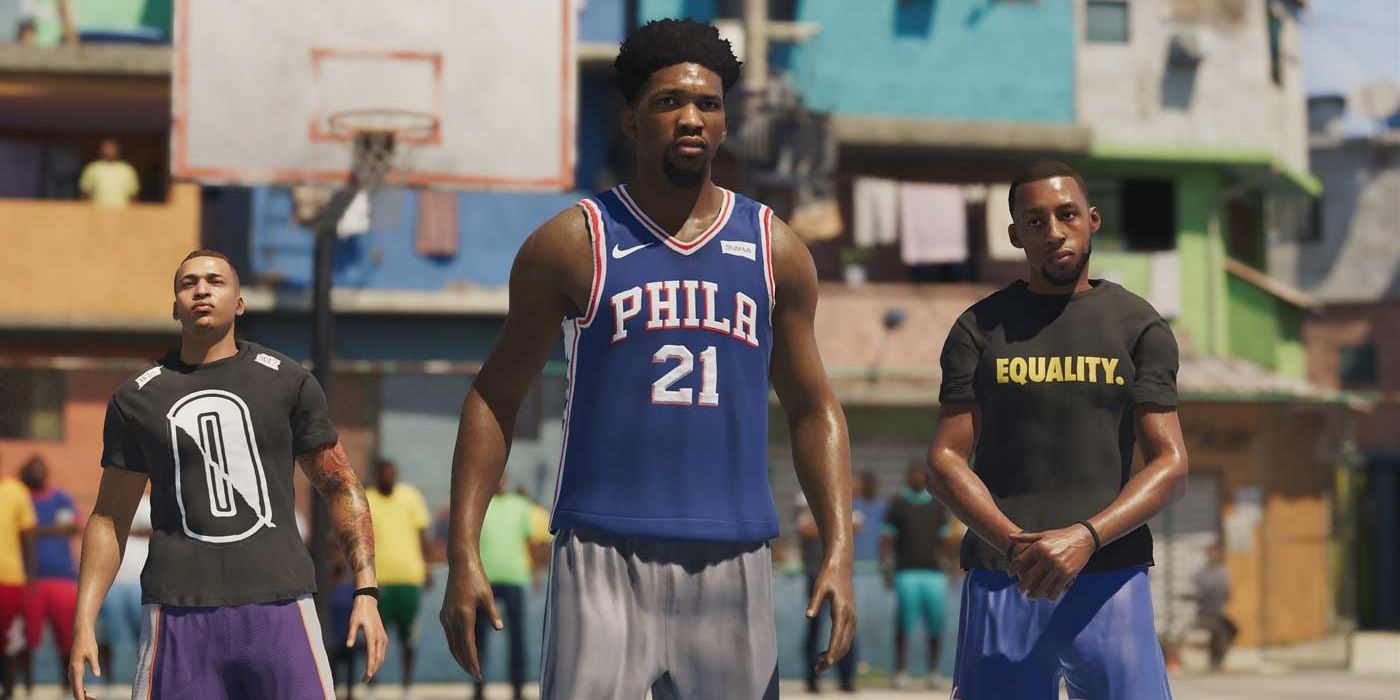 NBA Live 19 is heads and shoulders above its competition with its Court Battles mode and it’s a fantastic piece of innovation. Court Battles charges players with designing their own home basketball court. After the court is designed, a home and away team are created. These teams then go out and challenge other players across the globe for rewards and glory. It’s playground basketball on a global scale as wacky rules can be instituted like dunks being worth a ridiculous amount of points. Court Battles is arcade-like madness that focuses on NBA Live’s best quality; the gameplay. Sadly, Court Battles is just one small mode. It can’t make up for NBA Live 19’s other faults.

The franchise is on the right track and might overtake NBA 2K one day. For now though NBA Live 19 is in second place. NBA Live 19 isn’t a failure but there’s a much better basketball alternative available for the same price.

NBA Live 19 is available now on Xbox One and PlayStation 4 for $59.99. Screen Rant was provided a PS4 copy for review.

5 Outsiders That Can Win at the Emmy Awards in 2018

The Emmys are usually a time for celebration and recognition. Like most entertainment award shows, they’re also a time for predictability. While you can generally see the winner coming a mile away, there are still upsets to be had. The 2018 Emmy Awards aren’t without their fair share of categories that contain a few long […]

BEC is Big Business for Hackers: What makes these attacks so hard to prevent?

For years, one of the most lucrative ways for hackers to generate profits was through ransomware attacks. These instances involve the use of strong encryption to lock victims out of their files and data – attackers then sell the decryption key in exchange for an untraceable Bitcoin ransom payment. Now, however, another highly profitable attack […]

6 Monthly Expenses You Can Cut to Save Money

If you’re working on building up savings and reducing credit card debt, it starts with tracking your expenses to identify your biggest spending categories. You might be surprised at the results! Most people tend to overspend on their monthly expenses, especially if they aren’t carefully tracking them. After you’ve established a good habit of tracking […]